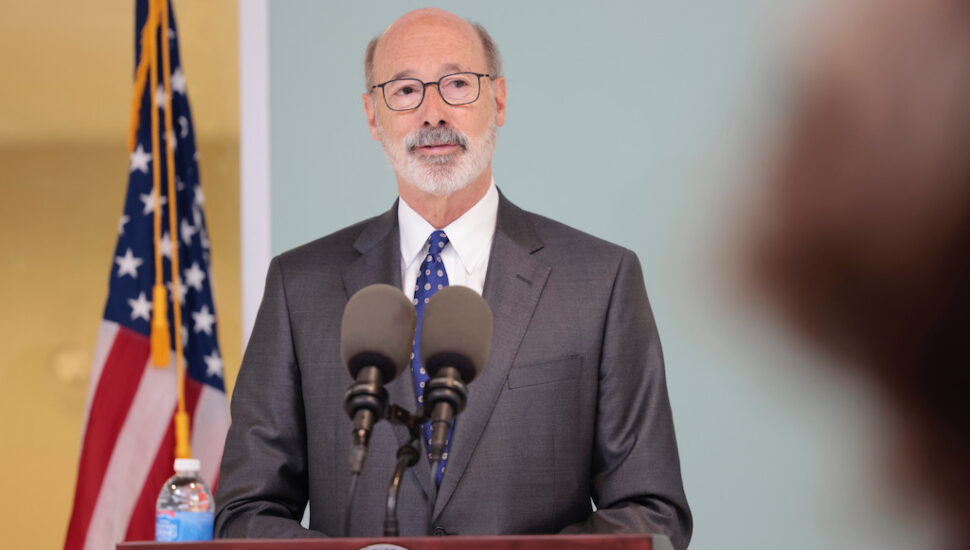 Image via the Office of the Governor of Pennsylvania.

Gov. Tom Wolf called on Pennsylvania’s General Assembly to support Pennsylvanians by passing legislation for the American Rescue Plan Act-funded $500 million PA Opportunity Program, which would send ​checks of up to $2,000 to ​millions of Pennsylvanians.

“I first introduced this plan four months ago,” said Gov. Wolf. “A lot has changed since then, from inflation to price increases to a war in Ukraine. Pennsylvanians need our support even more today than they did in February. Under my plan, Pennsylvania households earning $80,000 or less will get up to $2,000, and they can use the money for whatever they need.

In Gov. Wolf’s proposed PA Opportunity Program, $500 million in ARPA dollars would provide direct payments of up to $2,000 for Pennsylvania households with an income of $80,000 or less.

“The price increases we’re seeing right now are especially painful because wages haven’t kept up with the rising cost of living for many years,” said Gov. Wolf. “This reality of unchanging wages and rising living costs has stretched the resources of working Pennsylvanians and their families to the limit and, with the recent dramatic price increases, beyond it. By sending ARPA dollars to Pennsylvanians and raising wages, we can help Pennsylvanians recovering from the pandemic get back on their feet and take the pressure of higher prices off of our commonwealth’s families.”

Bucks County Named One of 14 Recipients of Apprenticeship Grants Within Building, Construction Trades

Check Out Where Bucks County Ranks in Purchasing Power in Pennsylvania