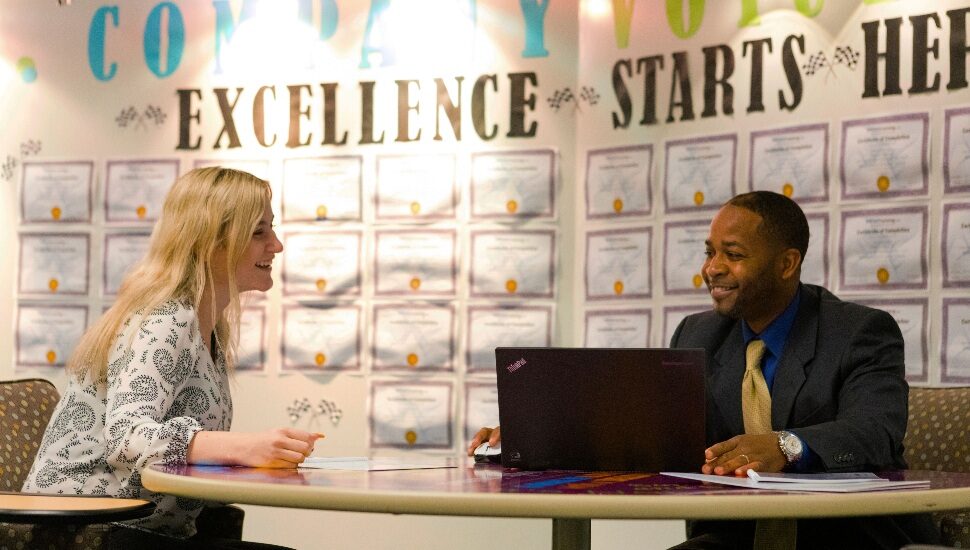 CompanyVoice (CV) recognizes talent among its employees and chooses to promote from within when filling openings.

Rohan Lewis, for example, joined CV in 2012 as an operator supporting inside sales for a national web provider.

His potential was clear from the onset, and when an opening for team lead came up just months after he started, Lewis moved into that role. He enjoyed motivating people and had recently finished a graduate degree at Penn State University in Workforce Development & Training.

Lewis’ interest in people gained a wider impact when he took on a supervisory position by year-end. Ultimately, he became the program’s manager.

Working on CV accounts as an operator allows employees to show aptitude in customer service, problem-solving, team collaboration, and leadership.

While Lewis was pleased with his progression, in 2013 he was asked to cross-train on the compliance function.

CV was changing from an external renewal process to a proprietary internal one. Given a large number of operators with licenses from states across the country, the renewal and compliance operation was critical, and Lewis was running it in no time.

“I wasn’t expecting such a fast path to leadership,” said Lewis. He further commented, “I remember feeling comfortable with the transition to each new role and confident that I could succeed as I moved through positions of increasing responsibility.”

CV recognized and rewarded Lewis for his performance, and when the organization needed to fill its human resources (HR) manager role, it was he who stepped up. Today, he remains in charge of licensing, compliance, and HR, fully utilizing his education, experience, and potential.

Lewis describes his present responsibilities as a perfect fit. “I love helping people and getting to meet each candidate during the interview process. It starts off a positive relationship that will last for the duration of their time as an employee at CompanyVoice,” he said.

Job seekers with customer service skills who want to explore a CV career can apply and interview. Candidates should be prepared to supply information on past experiences to ensure the best skill match. Once hired, employees can obtain relevant licenses and accreditations with CV’s full educational and financial support.

More information is at CompanyVoice.