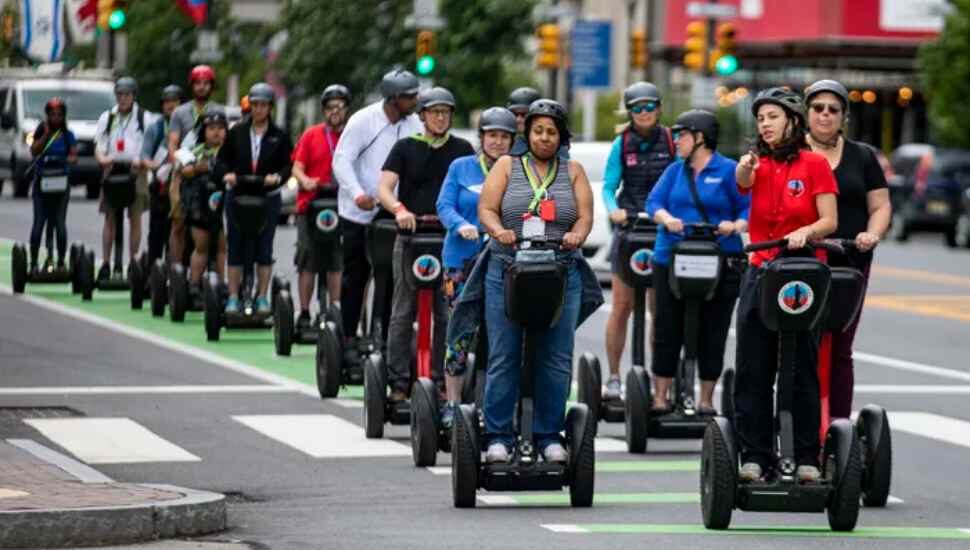 Image via Tyger Williams at The Philadelphia Inquirer.
Attendees at the 2022 Greater & Greener conference in Phila.

Bucks County’s Catherine Nagel surely gained her appreciation of green space from the local landscape in which she grew up. She’s now highlighting that asset in Phila. for the nation’s public officials. Frank Kummer cultivated her story for The Philadelphia Inquirer.

The intent is to seed attendees with best practices, which were viewable for themselves during an extensive Segway tour.

Nagel is confident that the participants — from faraway destinations including London and Singapore — were “blown away” by what they saw here.

She explained that Phila. won the right to serve as showcase through a nationwide search. Greater & Greener conference organizers sought destinations with an innovative approach to outdoor engagement, a sizeable park structure, and an ability to host large numbers.

“There are so many extraordinary stories of how the public sector, community groups, nonprofits, and institutional partners are all working together to make the city come alive through its parks and greening efforts…,” Nagel said. “I hope people walk away with all kinds of new ideas and inspiration they can adapt.”

More on Catherine Nagel and her role with the Greater & Greener conference is at The Philadelphia Inquirer.