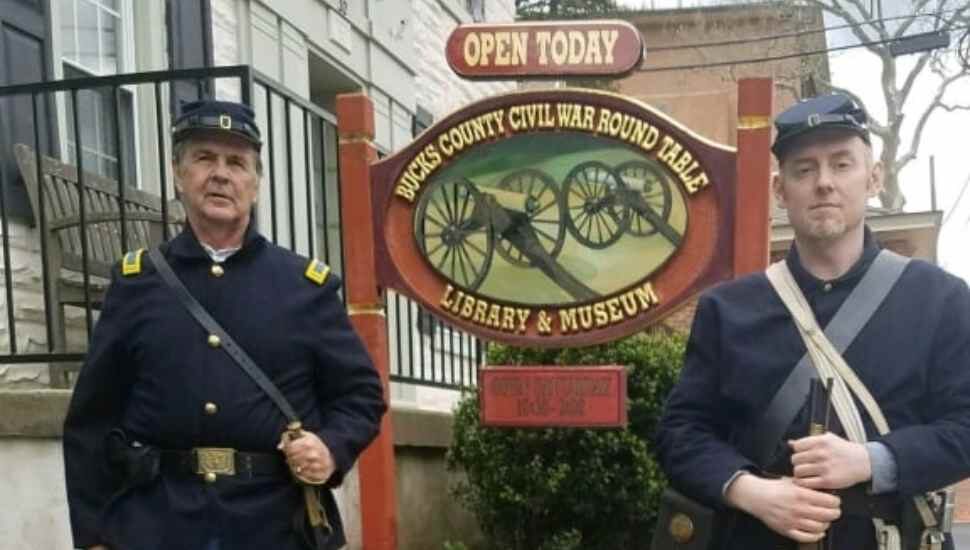 U.S. citizens well know Bucks County’s role in the fight for independence, thanks to the lore of General Washington’s crossing of the Delaware River. Lesser known — but altogether worth exploring with the approach of Juneteenth 2022 — is the county’s Civil War significance. The Bucks County Civil War Museum, a Central Bucks Chamber of Commerce member, is a source of expertise on this historic effort.

Located in Doylestown, the museum includes art, maps, photographs, flags, and sculptures related to the War between the States.

Perhaps most compelling is the material on the 104th Pennsylvania Volunteer “Ringgold” Regiment.

This army unit primarily comprised in-county troops. They gathered in Doylestown in fall 1861 and were mustered into service for a three-year term.

As the regiment departed for points south, the ladies of Doylestown presented organizers with a stand of colors, a military unit flag.

In early 1862, the locals fought at Yorktown, Va. For the next 18 months, the men pressed further into Confederate territory and eventually became fully engaged in and around Charleston.

More on this group local military men — and the Bucks County role in the Civil War generally — is at the museum, whose full information can be accessed at the Central Bucks Chamber of Commerce website.