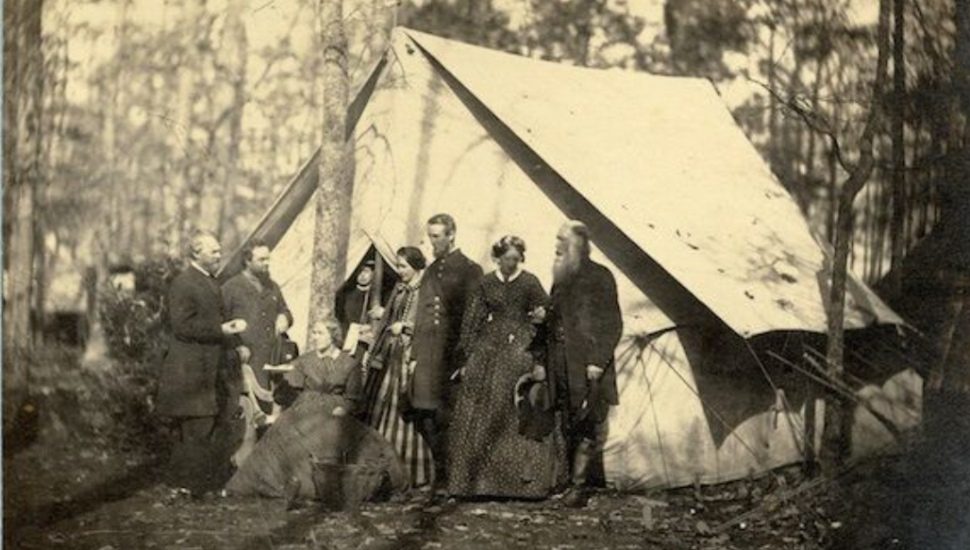 Image via the Times Herald, US Army Heritage and Education Center.
Anna Morris Holstein in camp.

Anna Morris Holstein, a volunteer Civil War nurse who led the effort to acquire and preserve George Washington’s Headquarters at Valley Forge, will be honored with a historic marker in King of Prussia, writes Russell Rubert King for The Times Herald.

This will be King of Prussia’s first Pennsylvania Historic and Museum Commission marker sign.

Anna Morris Holstein decided to join the war effort as a volunteer nurse after her husband, William, told her of the horrid conditions in camp hospitals.

She dedicated her time trying to improve these conditions, eventually becoming Matron in Chief of Camp Letterman hospital in Gettysburg. Together with her husband, she sat near President Lincoln when he delivered his famed “Gettysburg Address.”

She wrote of her experiences as a wartime nurse in an 1867 book Three Years in Field Hospitals of the Army of the Potomac.

When she returned home to King of Prussia, she dedicated herself to the preservation of historically important sites, directly leading to the creation of Valley Forge National Park. She was also the founder of the local chapter of the Daughters of the American Revolution.

Read more about Anna Morris Holstein in The Times Herald.

More Than 6 Decades After 'Boy in the Box’ Was Found Dead, Police Are Ready to Reveal His Name