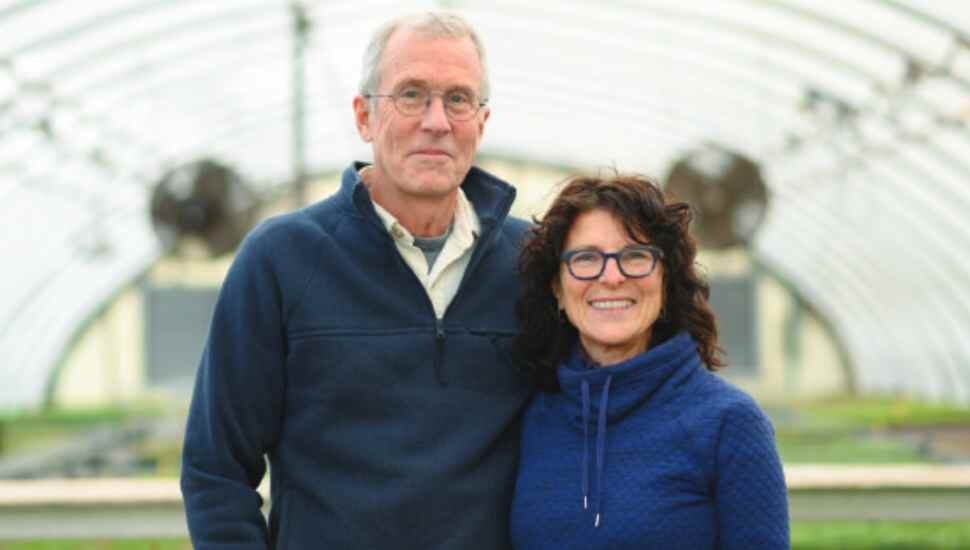 When Jim and Kathy Lyons started their Community Supported Agriculture (CSA) business in 1992, it was just a seed: one acre and 20 members. It’s now the go-to crop supplier for more than 300 Big Apple accounts. Kendra Lee Thatcher, of River Towns Magazine, reported the flourishing of Blue Moon Acres, a Central Bucks Chamber of Commerce member.

The Buckingham business started with a simple mission statement: grow produce that nourishes both body and earth.

“I have always liked the idea of growing what we eat,” said Jim.

But cultivating that rhetoric into a successful business plan took grit, focus, and patience.

The small start became a detriment. “We quickly realized we needed something more if we were going to make this work for our family,” Kathy remembered. “We quit our day jobs and dug deep.”

The couple leveraged New York connections to introduce microgreens to the city’s tony culinary scene. Before long, their ingredients were appearing on more than 300 Big Apple menus.

To increase production, the pair expanded to a N.J. site in 2007. The couple’s duties are now split, with Kathy overseeing the Pa. side, and Jim tending to the N.J. crops.

Their rice is particularly notable, owing to the Lyons’ innovative process.

“It’s possible [our] commercial growing of rice in New Jersey may be unprecedented,” said Kathy.

More on Blue Moon Acres is at River Towns Magazine and the Central Bucks Chamber of Commerce.