PABC Reports on Past Five Years' Economic Impact to the Area 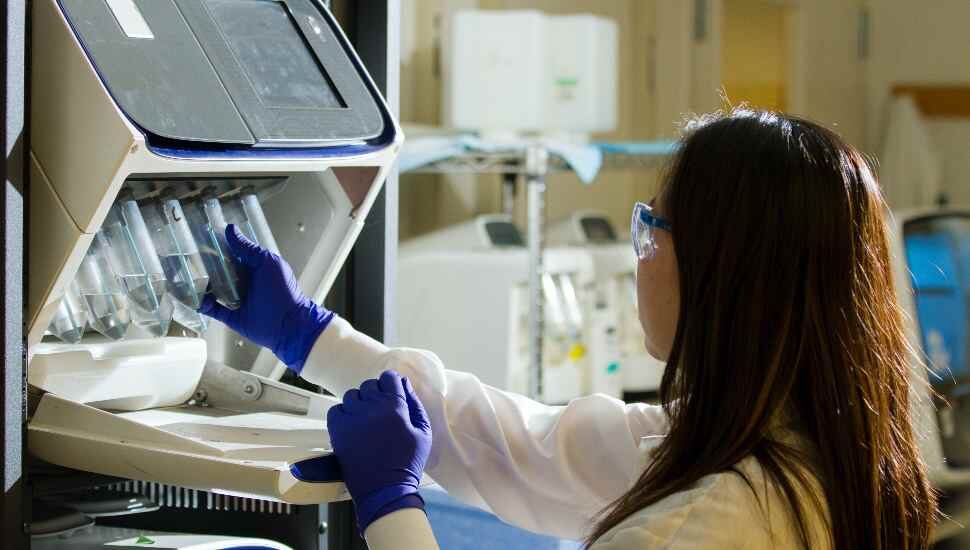 Image via National Cancer Institute at Unsplash.
The Pennsylvania Biotechnology Center has proven to be a local asset scientifically but also economically.

When first proposed in 2001, the Pennsylvania Biotechnology Center (PABC) in Doylestown was meant to stimulate scientific thought and innovation. It’s made good on that promise but has also proven valuable in a much broader sense.

As one of the nation’s most successful life sciences incubators, the PABC and its member companies generated $7.3 billion in economic activity over the past six years.

Moreover, it has lifted employment levels by 1,100 jobs, locally and across the state.

Timothy M. Block, Ph.D., president, PABC CEO and founder, said, “Our primary mission is research and development that leads to treatments and cures that save lives and helps people faced with health challenges. But creating jobs is a side benefit that makes us extremely proud.”

But even he expressed surprise about the numbers. “Our previous economic impact study showed that the PABC had produced more than $1.8 billion over three years, which we felt was a major accomplishment. But the new analysis reflects even more impressive results,” Kassa said.