Local Ecology to Benefit from Awaited Resurgence of Area Bats 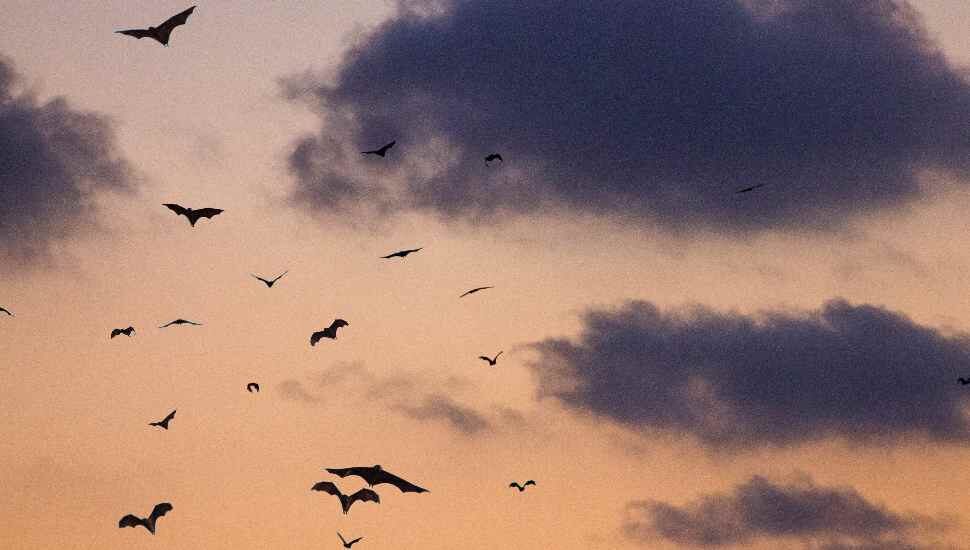 Image via Clément Falize at Unsplash.
Bats have never quite been able to shed their ghoulish reputation; however, they have proven to be quite beneficial neighbors, especially in summer.

Durham Township, in the county’s extreme northeast corner, still houses the vestiges of an iron ore mine that dates to the 1600s. Throughout history, the site has hosted associated commercial entities, but by 1967, they were abandoned, victims of time’s passage. As Carl LaVO reports in the Bucks County Courier Times, however, the locale still hosts a dwindling but vital set of workers: bats.

By 2008, the bat population in Durham had grown to become the second-largest collection of the flying mammals in the state (8,000). As they feasted after dark, 12 million bugs disappeared from the skies, saving countless humans from itchy bites and painful stings.

A year later, however, a disease — introduced locally from out-of-state hikers — tragically began winnowing the flock. By 2018, only eight were left.

The loss was called the greatest wildlife disaster to ever hit North America by the Pa. Game Commission.

Optimism is, however, rising.

The mouth of the mine has been barred, keeping humans out while allowing the bats to enter and exit at will. Further, Canadian and European species are showing signs of immunity to the biological threat.

More on this story of things that go flutter in the summer night sky is at the Bucks County Courier Times.

Spotted Lanternfly Quarantines, Like the Pesky Bugs Themselves, Continue to Spread Across Pennsylvania