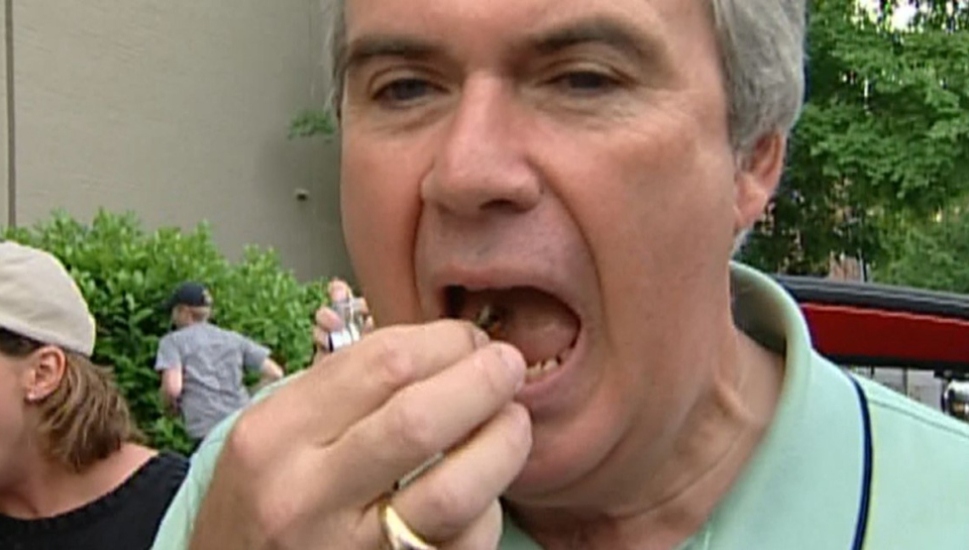 Kari Sonde, in The Washington Post, cites an interesting way of dealing with oncoming glut of Brood X cicadas: Eat them.

Area predators will already be munching away. Humans may as well join the bug buffet.

Human consumption of insects is not that popular in the U.S. culturally. For the past decade, however, local advocates have recognize them as a sustainable and healthy food source.

Jenna Jadin, evolutionary biologist and ecologist, is the author of a PDF cookbook of cicada recipes. Called Cicada-Licious, she compiled her buggy buffet when the cicadas last surfaced in 2004.

“They are far cleaner than other creatures. Grasshoppers and crickets eat fresh, clean, green plants. Crabs, lobsters and catfish eat any kind of foul, decomposing material. And insects are low in cholesterol and low in fat.”

Jadin does warn about possible allergic reactions in consuming cicadas. She recommends checking with a doctor first.

And there will be no difficulty sourcing the bugs.

“There are so, so many of them that there will still be plenty to survive,” said Martha Weiss, professor of biology at Georgetown University.

Read more about cicada recipes in The Washington Post.