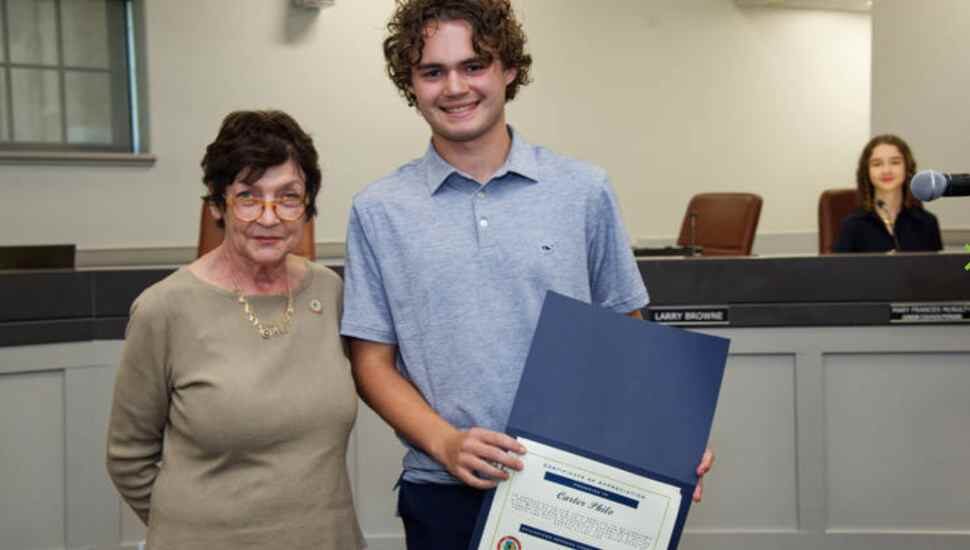 Four students received a governmental thank you from Doylestown Borough for work they did beyond their required academic assignments. Ed Doyle chronicled the kudos for Tap into Doylestown.

Laing served on the Parks & Recreation Board; McNulty was a member of the Historical and Architectural Review Board, work she did in addition to serving as a Junior Councilperson; Winters was part of the Human Relations Commission.

Philo’s recognition was for his work in gaining a grant from Bowman’s Hill Wildlife Preserve to enhance the Doyle Elementary School property.

Mayor Noni West recognized Philo’s efforts by saying, “The goal of this grant in the long run is to promote the widespread growth of native plants and to help future generations understand their importance.”

Mayor West also described some of McNulty’s specific job responsibilities: “As our junior councilperson, she reads and scrutinizes every single ordinance that we have [and] comes up with ideas that Council hasn’t had before. [She] is going to work this summer as an intern for Congressman Fitzpatrick’s office.”

More on these outstanding local students is at Tap into Doylestown.