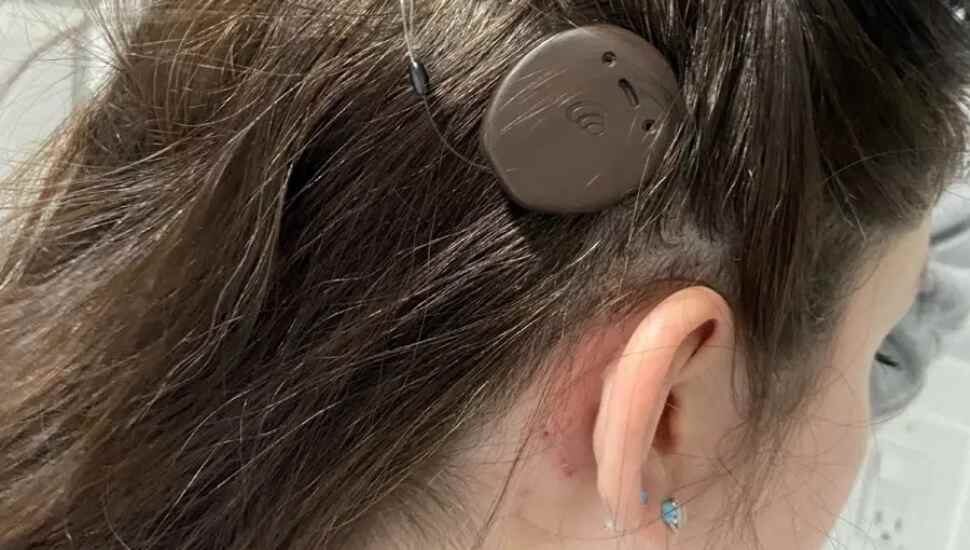 Image via Kelsie Mitchell at the Warminster Patch.
Kelsie Mitchell's cochlear implant has revived her academic progress toward a nursing degree.

In her early 20s, Warminster’s Kelsie Mitchell began to struggle with hearing. She first thought it was fluid in her ears. But an official diagnosis revealed a more serious issue for the present-day nursing student. John Fey reported the story — and its solution of cochlear implants — in the Warminster Patch.

Mitchell’s first solution to her diminishing auditory sense was a set of hearing aids. After a few months, however, they proved ineffective.

She began to worry about the loss’ effect on her studies. The honors nursing student at Bucks County Community College became concerned about lectures and classwork.

A visit to an ear-nose-throat specialist revealed more detail: The cellular structure of her cochlea, the spiral cavity of the inner ear that creates nerve impulses from sound waves, was deteriorating. Her physician was unable to pinpoint why but theorized it may have been an infection Mitchell caught as a child.

The placement of the implants didn’t initially improve things much.

“It wasn’t like an ‘ah-ha’ moment that some people have, where it’s emotional and they’re crying and they’re like ‘Oh my God, this is amazing!’,” Mitchell said. “At first, it was a lot of noise and ringing and sharp noises.”

Over time, however, her hearing sharpened.

The device is intended to last Mitchell’s lifetime, with upgrades introduced as the technology evolves.

More on this healthcare recipient of cochlear implants is at the Warminster Patch.