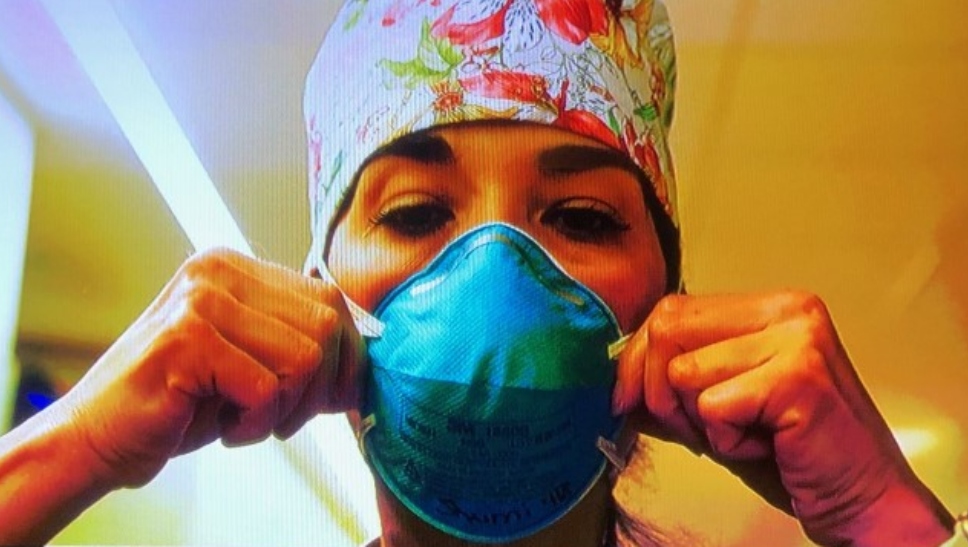 The 16-month pandemic forced Mazzacano, a 12-year veteran, to tap professional and personal reserves she wasn’t even sure she had.

“My role as a nurse this past year is unlike anything I ever imagined,” she said.

Pandemic quarantine protocols quieted the streets of Doylestown. But inside the hospital was, she said, an “absolute war zone.” The daily din included constant medical device alarms and raised voices trying to be heard through safety shields.

She particularly remembered a dying mother, whose adult daughter was barred from the hospital out of an abundance of caution.

The nurse used what technology she had on hand — her personal cell phone — to connect them.

She considers it an honor to have been part of a very private, very intimate, parent-child exchange.

It has changed her.

And that change is still with her, redefining her traditional role as caregiver.

“I was the go-between the daughter and the mother,” Mazzacano concludes.

Although the documentary’s television run has ended, additional information is at American Nurse Heroes.

Career Corner: What Are the Job Prospects for Nurses in Pennsylvania?