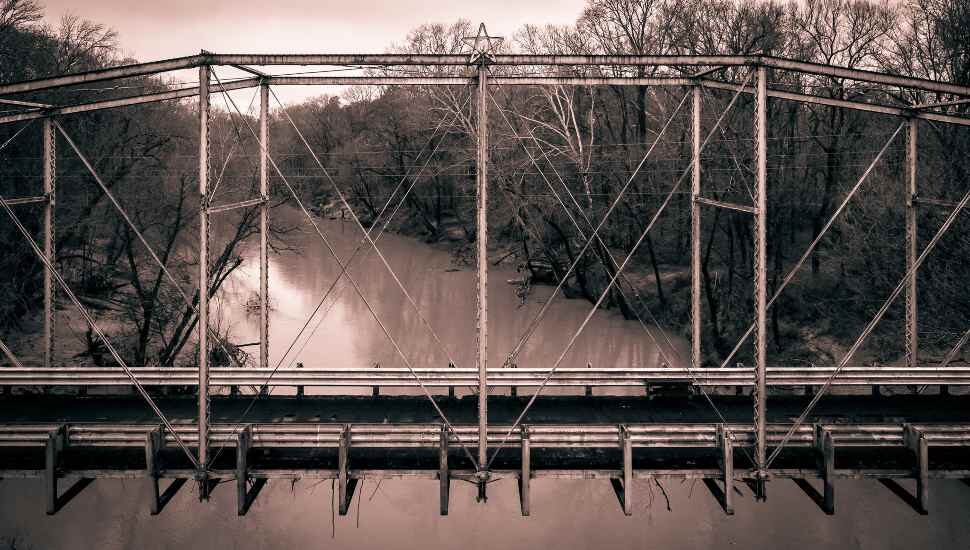 Image via Chris Whitted at Creative Commons.
A statewide database of bridge condition notes has been preserved by the Pittsburgh Post-Gazette.

A database of notes that accompanied inspections for over 20,000 Pennsylvania bridges — posted and then removed from the PennDOT website — are again publicly available. Joel Jacobs steeled himself for the task of filing the story for the Pittsburgh Post-Gazette.

The Pittsburgh Post-Gazette noted soon after that bridge inspector observations were then removed from statewide searchable database of spans’ conditions. One, for example, noted a Washington County bridge deck over a creek that had numerous holes through which the waterway below was easily viewed.

Closer to home, inspectors noted a call from a Chester County resident warning about a “decaying” bridge. Its official prior inspection cited “sagging bottom of sidewalk slabs.”

According to PennDOT, sharing the notes or a full report of inspections is a potential security risk.

“You wouldn’t believe the folks that want to do harm and try to do things to hurt others. We’re reluctant to put inspection reports out there that would show there’s a weakness in a structure, for fear that someone might do something at that location,” said Cheryl Moon-Sirianni, executive for PennDOT’s District 11.

Read more about the state’s bridge database in the Pittsburgh Post-Gazette. To access inspectors’ notes about specific site observations and maintenance history, click the green “plus” sign on the left of each bridge’s listing.