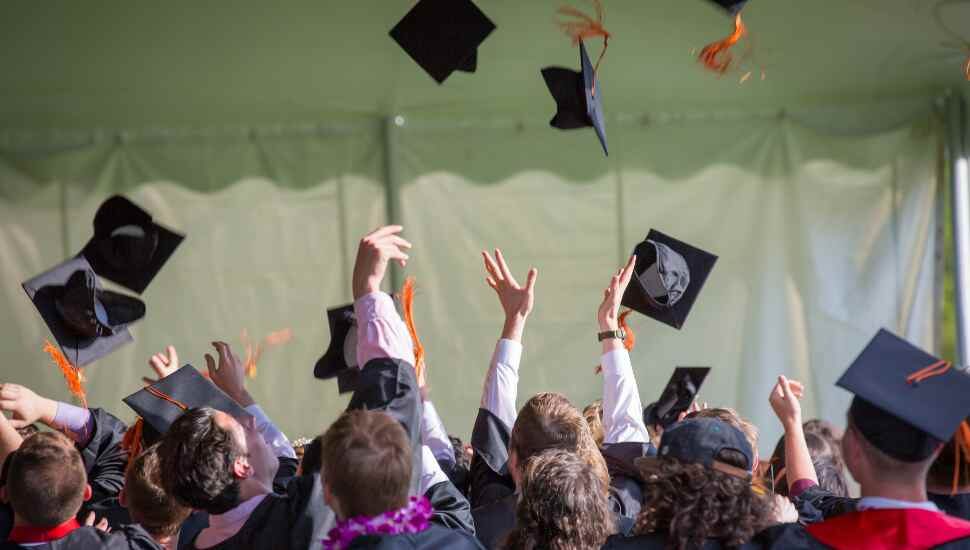 Avi Patel and Dhruv Parekh met as sophomores. They bonded initially over their sheer proximity; both lived in the same apartment building. But as their high-school careers unfolded, they discovered a shared appreciation for technology.

Last Friday, May 6, they graduated together from Penn State Abington, each with a Bachelor of Science degree in information, sciences, and technology (IST).

Penn State Abington became the school of choice because of its well-regarded IST program. But also because it enabled them to stay close to hometown Bensalem.

A highlight of their shared academic careers was a video game program run in collaboration with a university in Scotland. They were both able to travel abroad this spring as part of the joint effort.

Their careers, however, are taking them to different geographies: Parekh will remain local, finding full-time employment with Vanguard’s technology leadership program. Patel is heading to Wisconsin to work at an insurance firm.

More on the next step for these Bensalem High School best friends is on the Penn State website.