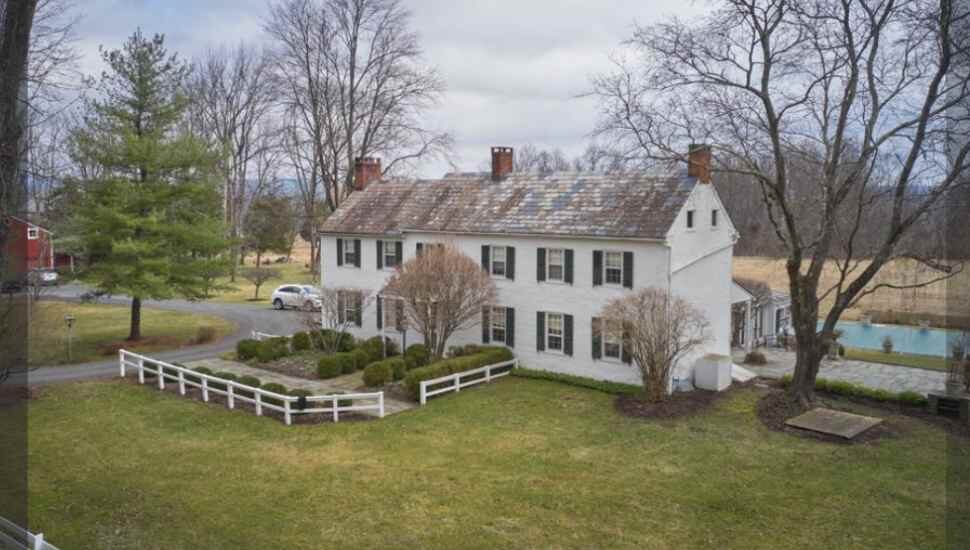 Image via Juan Vidal Photography at the Philadelphia Business Journal.
The onetime summer retreat of the wealthy Guggenheim family.

Solomon R. Guggenheim, the mining titan behind the Guggenheim Museum in New York City, escaped the pressures of his business career as many other people of means did in the last century. He and his family annually retreated to a summer home in the country. That dwelling, in Upper Black Eddy, Bucks County, is now on the market, reports Lisa Dukart for the Philadelphia Business Journal.

The onetime family vacation spot has been listed at $2.495M.

The three-bedroom, 3.5-bathroom home, built in 1870, has a pool and two outbuildings that can provide additional accommodations.

Guggenheim, a Phila. native, used inherited wealth to expand his reach as both businessman and philanthropic collector of modern art. The Yukon Gold Company in Alaska was one of several business entities he founded. His Guggenheim Museum, designed by Frank Lloyd Wright, opened shortly after Guggenheim’s 1949 passing.

His familial Bucks County escape was purchased in 1984; it became a ongoing collaborative restoration project for its two owners, an Army veteran and a former Bank of New York vice president.

They designed and built additions that included a large, eat-in kitchen, a sitting area, and a powder room.

The property benefits from its wooded surroundings, which provide appealing, natural views while also ensuring privacy.

More on the Bucks County home owned by a former captain of industry is at the Philadelphia Business Journal.