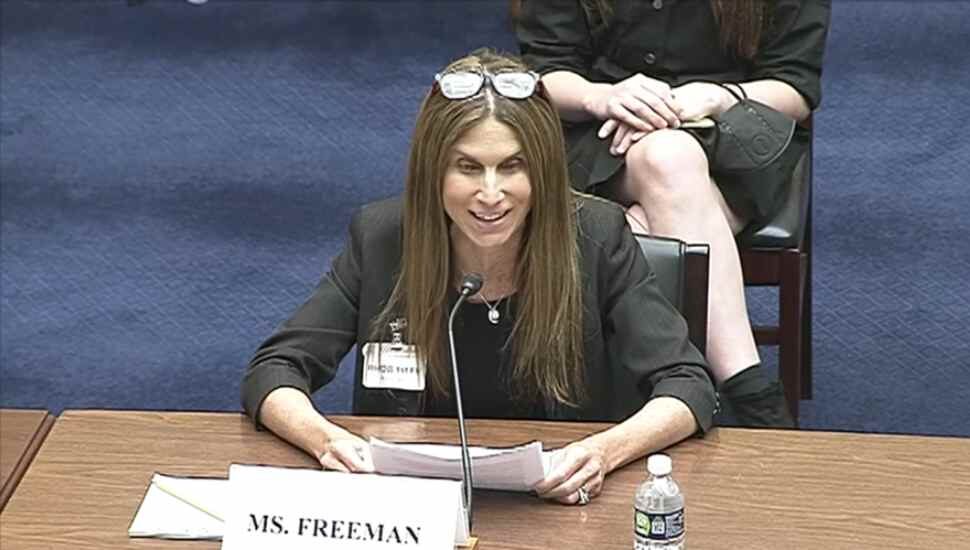 Image via the Congressional Oversight Committee at YouTube.
Mindy Freeman.

A Congressional hearing yesterday morning brought Mindy Freeman, mother of a transgender student at Central Bucks High School – East, to Washington D.C. There, she testified against the growing trend of book banning.

She described her now 15-year-old as being into expected “kids stuff” for her age, hanging out with friends, riding her bike, enjoying family.

“Lily also happens to be a female of trans experience,” Freeman went on. “She is proud to be trans, and we are proud of her.”

The testimony included Lily’s journey, which her mom said started “…as she [soon as she] could recognize herself in the mirror. The [male-presenting] person looking back at her was not the person she was.”

The onset of puberty only magnified the discontent. Soon, Lily spoke to her parents about her ongoing upset and general unhappiness.

At that juncture, they turned to her teacher, who suggested the book Melissa (formerly published as George), which appropriately dealt with the subject. The children’s novel helped Lily and her family navigate what followed.

Freeman believes the access to age-appropriate literature made all the difference.

Her comments included words to parents worried about young exposure to the topic. “If there is one sound bite to arise from my appearance here today, let it be this one: No book made my child become transgender, any more than a book could have turned her eyes from brown to blue.”