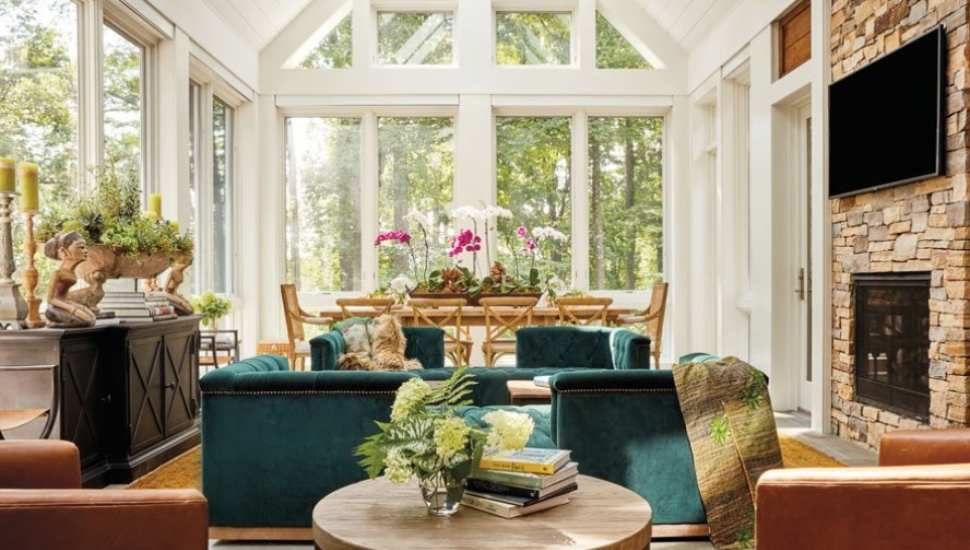 Image via Jason Varney at Philadelphia Magazine.
David Fierabend-designed sunroom in the New Hope home he share with his husband.

David Fierabend knows a thing or two about landscape design. His firm, Groundswell Design Group, has done several Phila. high-profile jobs, including the Independence Beer Garden. When it came time to redo of a space in his own home, his wants and profession dovetailed seamlessly. Erica Moody, in Philadelphia Magazine, explained how they united in a treehouse design for a room addition.

Fierabend and his husband sought a new space to entertain, work, and connect with the outside topography of their New Hope property.

They settled on adding a three-season sunroom, made to look as if it were a treehouse, nested high among the foliage.

The idea suited the general configuration of the home, as its surrounding landscape already provided the elevation required to suggest an arboreal setting.

“We wanted to stay true to the green colors and natural wood tones of the exterior,” he said.

His property’s proximity to Lambertville, N.J., came in handy. He shopped at its Golden Nugget Antique Flea Market for accent pieces.

More on the treehouse effect at play in the home of designer David Fierabrand is at Philadelphia Magazine.