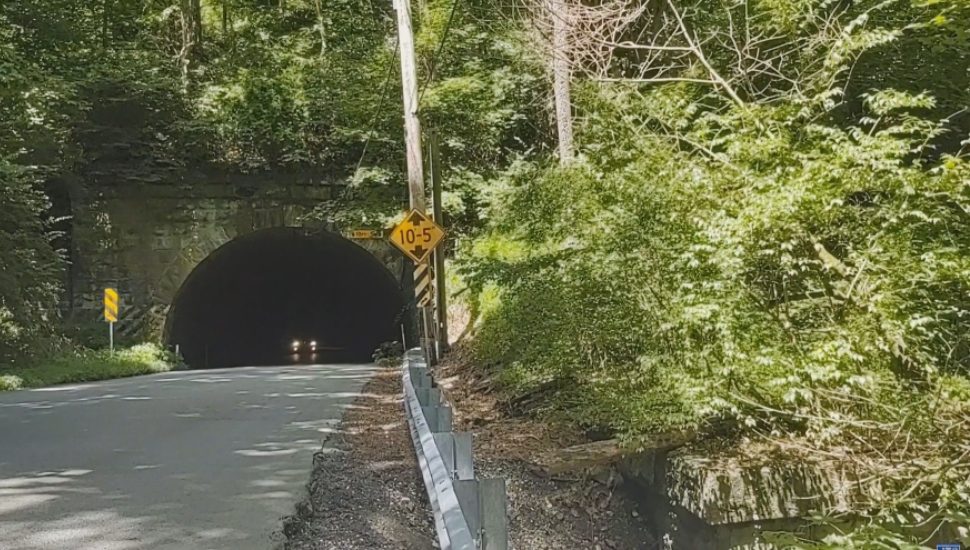 Entrance to the twin tunnels in Downingtown.

The dreaded twin tunnels near Downingtown — source of numerous local legends — are also linked with one of the most frustrating cold cases in Pennsylvania, writes Matt Gilligan for Mental Floss.

In July 1995, a local fisherman discovered a suitcase with the top-half remains of a murdered woman in Brandywine Creek, in the shadow of the twin tunnels. Investigators were unable to identify her as fingerprints failed to match any found in the nation’s databases.

There were no new discoveries until six months later. A jogger happened upon the woman’s severed legs almost 50 miles away from the site of the suitcase.

The woman remained unidentified, however, and the press dubbed her “Suitcase Jane Doe.”

“These are cases that bother us because we can’t even begin to investigate why they’re dead until we figure out who they are,” said police corporal Patrick Quigley, one of the original investigators.

To this day, the police have had no luck with identifying the woman.

Hope remains that new advancements in forensic genealogy may shed some light down the line.

Read more about is grisly discovery by the Brandywine Creek twin tunnels at Mental Floss.