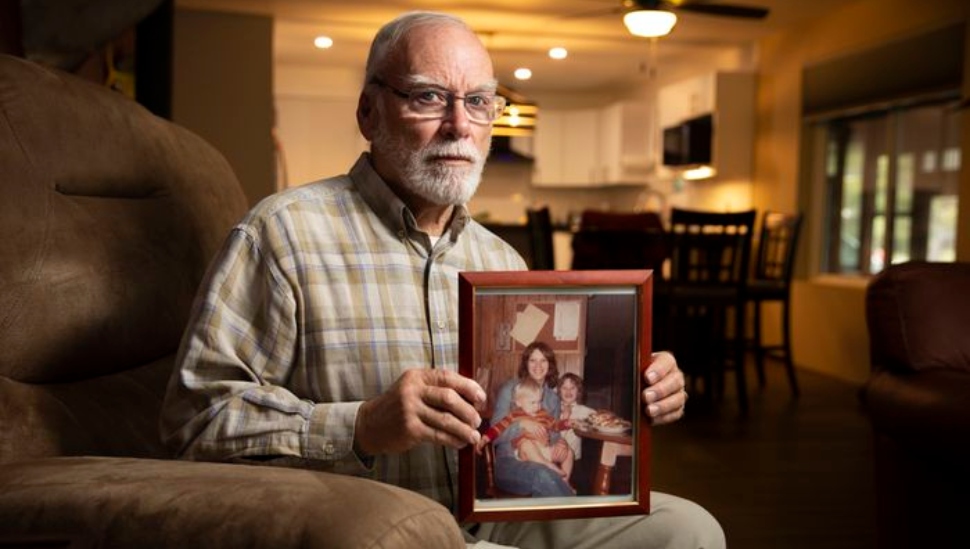 Image via Jason Redmond at The Philadelphia Inquirer.
Charlie Hibbs holds a 1979 family photo of his wife, Joy, and their kids, Angie and David.

April 19, 1991, was typical for Croydon wife and mother Joy Hibbs: She ran errands, returned home, and prepared for her evening work shift as a medical assistant. She never made it, reports Vinny Vella for The Philadelphia Inquirer.

According to police reports, someone strangled and stabbed Joy to death that afternoon. The perpetrator then covered his or her tracks with a devastating fire.

In the aftermath, Joy’s husband, Charlie, and her two children, David and Angie, eagerly hoped for the killer’s identification, apprehension, and conviction.

None came. Evidence was virtually nonexistent, obliterated by flames and water.

“I’m just tired of not knowing,” she said. “I think of the empty holidays I have suffered, and about how [the perpetrators], whoever they are, get to have Christmas and Mother’s Day with their kids. And they robbed me of that.”

Charlie Hibbs announced his $25,000 reward and now waits to see if it coaxes any information.

Anyone with information in this case is urged to call the Bucks County Detective Unit at 215.348.6354.

More on the tragedy that befell the Hibbs family is at The Philadelphia Inquirer.

See Which Croydon Bike Shop is Among Best in Region