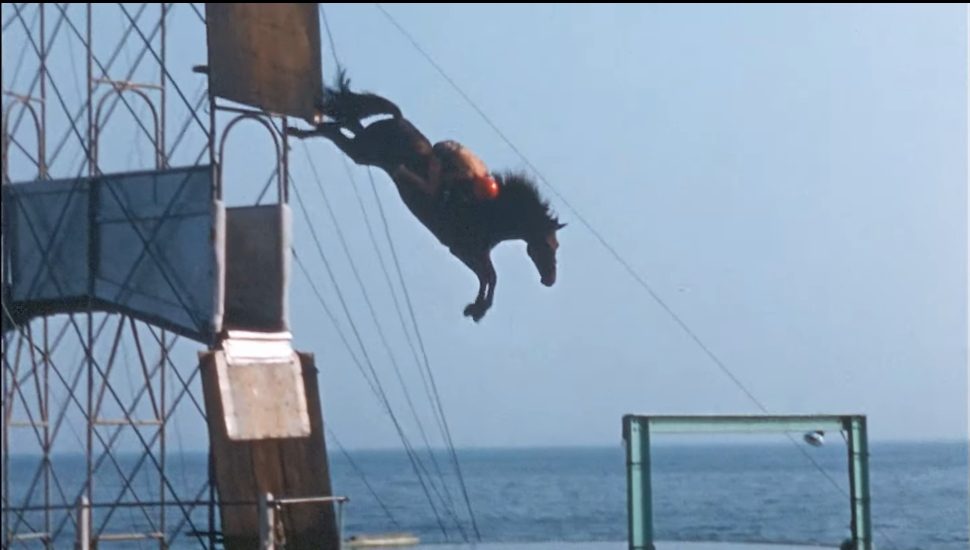 Image via Ken Butz at YouTube.
An Atlantic City Steel Pier diving horse, which is the subject of a new book from a New Hope author with whom one spent his retirement years.

It may be hard to understand now, but at one time, the Atlantic City Steel Pier Diving Horse was a must-see attraction. Once it was phased out, however, the fate of those horses became murky. Kevin Riordan tracked one of them, with a Bucks County connection, for The Philadelphia Inquirer.

One of the many sturdy steeds who mounted a steep incline, trotted to the edge of an overhanging plank, and took that daily plunge was Gamal. When the attraction exited Atlantic City in 1978, however, he was set adrift.

Years later, Gamal was up for auction.

His winning bidder, much to his good fortune, was lifelong animal lover Cynthia Branigan. She had seen him perform as a child and was entranced.

Branigan was familiar with animal rescue. She had saved many racing greyhounds and wrote several books on adopting the breed.

But Gamal was special.

“I had been profoundly affected by Gamal,” she said. “At first, [he] was very guarded. He was a tough guy. Maybe a little like a carnival worker.

“He did test me. He ignored me. But he was buddied up with me. He knew, no matter where he was, that I was his person,” Branigan remembered.

Gamal passed in 1989. But Branigan has memorialized him in her new book, The Last Diving Horse in America.

More on the bond between this New Hope author and her Atlantic City Steel Pier diving horse is at The Philadelphia Inquirer.

TourismWho, Exactly, Was the ‘Odette’ of New Hope's River House at Odette’s?August 30, 2021

EntertainmentFor Singer Freda Payne, Honoring Ella Fitzgerald Is ‘Nice Work If You Can Get It’ at the Bucks County PlayhouseAugust 27, 2021
Tags: Atlantic City, Diving horses, Steel Pier, The Last Diving Horse in America, The Philadelphia Inquirer 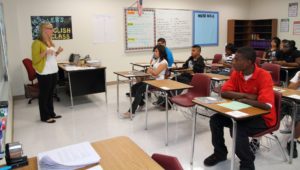