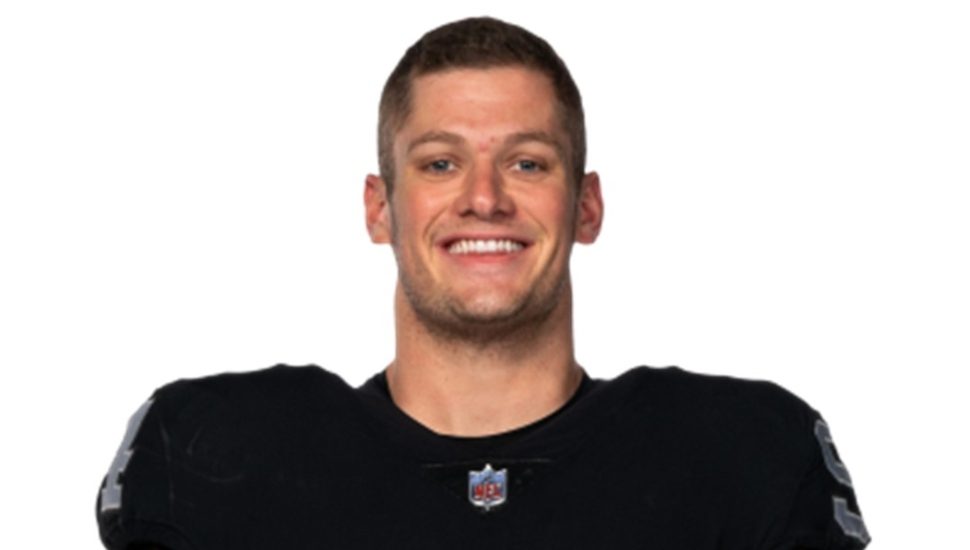 Image via the NFL.
As a football player who never started a game in high school and walked on in college, Carl Nassib took an unconventional route to the pinnacle of his sport.

West Chester native Carl Nassib recently became the first active NFL player to publicly identify as gay, but his path to America’s most popular sports league was anything but common – or guaranteed, writes Andrew Beaton for The Wall Street Journal.

The defensive end for the Las Vegas Raiders never started a high school game at Malvern Prep. He was a walk-on at Penn State, but did not make his first start until he was a senior. He first had to gain weight, because his 215 pounds were nowhere enough to play defensive end in the Big Ten.

He dominated the opposition as a senior at Penn State, and he later became a valuable player in the NFL.

His decision to come out was historic and still a rarity among male athletes in the four major sports.

“I’ve been meaning to do this for a while now,” Nassib said on Instagram, “but I finally feel comfortable enough to get it off my chest.”

Read more about Carl Nassib in The Wall Street Journal.