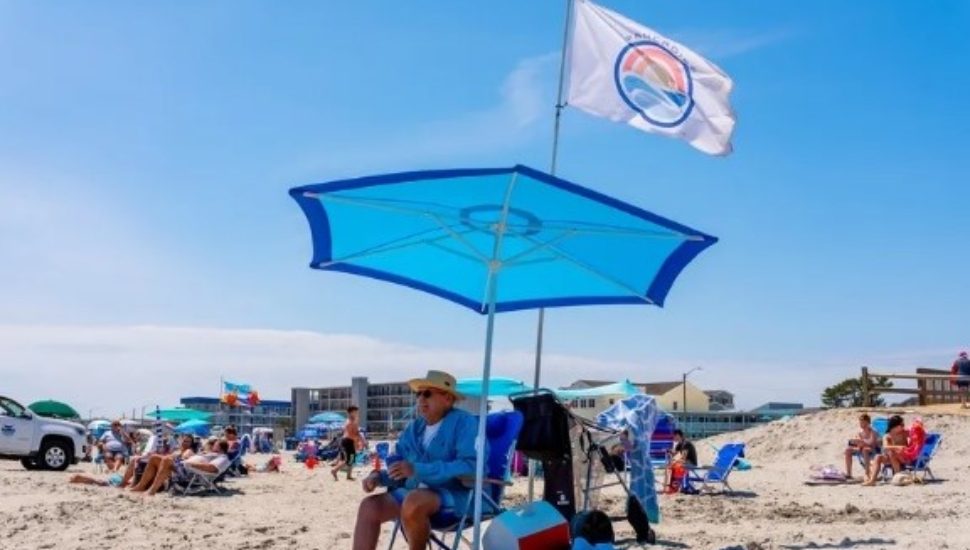 Image via Jeff Fusco, The Philadelphia Inquirer.
George Panco of Ridley has his custom-made flag at the shore.

People have discovered that beach flags are a terrific way to express themselves, writes Jason Nark for The Philadelphia Inquirer.

Take Ed Panco’s flag at the Wildwood beach, for example.

His custom-made flag “Pancadise” — a portmanteau based on his last name — refers to the backyard renovation Panco undertook for his kids in Ridley, Delaware County.

“I just moved Pancadise to the beach,” said the 69-year-old.

Once a way to mark your spot so people in the water could find you again, beach flags now represent your beliefs, your politics, where you went to school, your sports team leanings.

A recent visit to a Wildwood beach showed most of the flags were for various Philadelphia sports teams.

But there were also Penn State flags, Temple flags, a handful for Father Judge High School.

Some used their beach flag to promote a business.

Read more about at The Philadelphia Inquirer about the proliferation of beach flags.

Weekend Wanderer: Are We Doing Too Much This Summer?