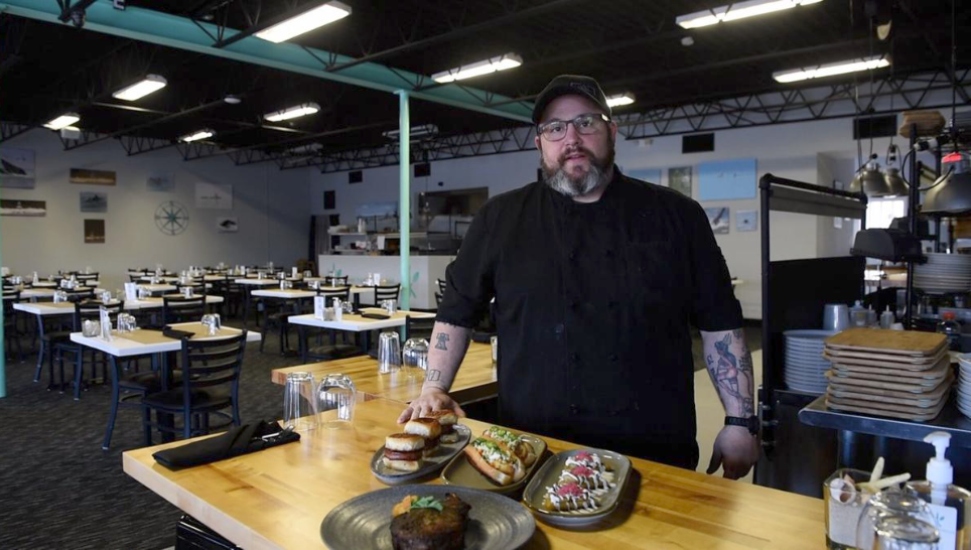 Chef Gus Zimmerman’s culinary outlook was forged in Bucks County when, as a kid, he made his morning omelet from eggs right from the henhouse. He’s now heading up a new restaurant, Trio North Wildwood, reports Scott Cronick for the Atlantic City Weekly.

Zimmerman spent the early part of his culinary career working in New Hope, particularly at The Raven. He drifted down the shore professionally, working for Morton’s the Steakhouse and Bobby Flay Steak, both in Atlantic City.

A brief jog to Dallas didn’t last, and Zimmerman came back east, enticed by the memories of Cape May summers with his grandparents.

He and two cousins are now operating Trio North Wildwood, on the former site of the Amish Market on New Jersey Avenue. The triple family connection lent itself to the eatery’s name.

“In this concept, we wanted to get somewhere in between what the high-end food and bar fare,” Zimmerman says.

Thus far, Zimmerman and his cousins have found North Wildwood food fans to be “quite welcoming.” Business is so brisk, the family is considering an expansion elsewhere at the shore.

More on Zimmerman’s use of the culinary skills he honed in Bucks County is at the Atlantic City Weekly.