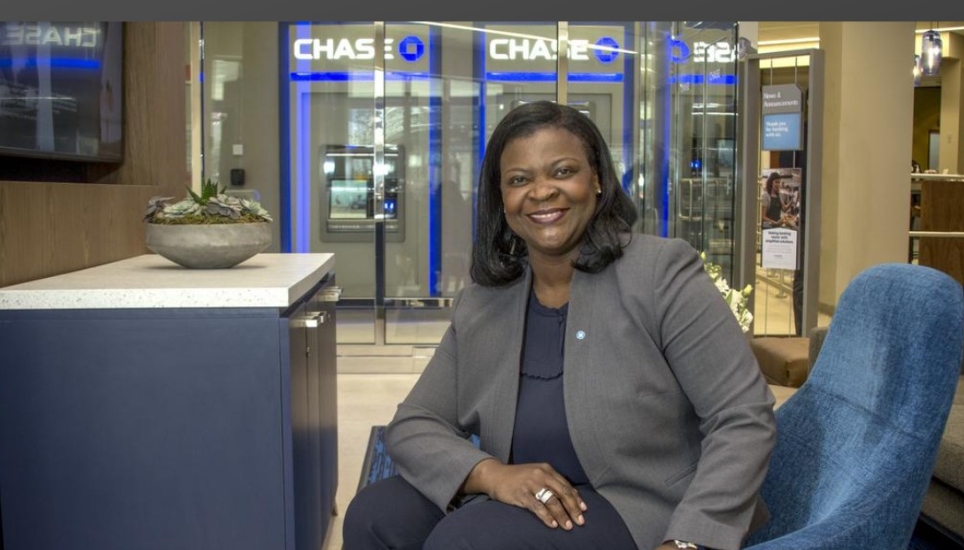 JPMorgan Chase & Company, in the midst of establishing 50 branches in Philadelphia and its collar counties, is hoping that Bucks County consumer banking customers will support four of them. Jeff Blumenthal covered the new territory for this New York institution for the New York Business Journal.

When Chase CEO Jamie Dimon toured Philadelphia in 2018, he saw potential. He announced a five-year plan to gain a toehold in the market.

He then handed the plan’s execution details off to Roxann Cooke, regional director of consumer banking for Pennsylvania.

She says that although the targeted 50 sites have been identified (and some have opened), there’s plenty of opportunity for more, should demand warrant.

She’s now turning her sights toward staffing. Each branch, including those in Bucks County, requires six to eight employees.

“We are actively seeking talent,” Cooke said. “We have encountered the same thing that other employers have, so it’s a good time to have a competitive salary and good benefits.”

Cooke also said the talent pool in the Philadelphia metro area — a prolific college and university hub — eases the process of staffing up.

The four Bucks County locations are:

The latter may come on board later than the preceding three, which are being prepared for a ribbon cutting before the end of the year.

More on this banking expansion is at the New York Business Journal.

As the Top SBA Lender in Eastern PA, Meridian Bank Grows the Economic Vitality of the Markets It Serves