From Bilingualism in Babies to Dogs and Language, Downingtown East Grad Renews Her Love of Research 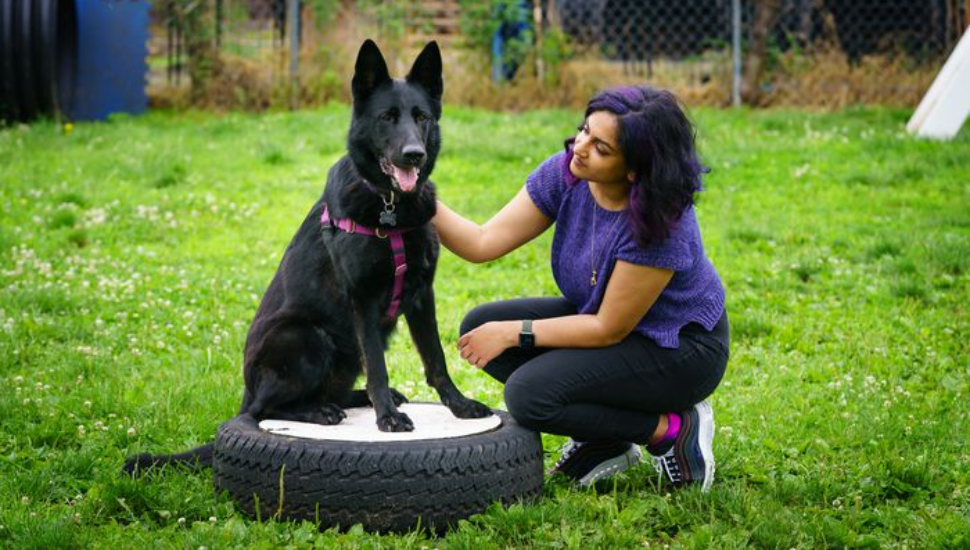 Exton native Amritha Mallikarjun, a cognitive scientist and post-doctoral research fellow at Penn Vet’s Working Dog Center, was initially fuzzy about her future. But then, her studies took a turn for something even furrier, writes Stephanie Farr for The Philadelphia Inquirer.

Mallikarjun, a Downingtown East High School graduate, originally studied bilingualism in babies for her Ph.D. But after several years of experiments not panning out the way she had hoped, she started to rethink her calling.

She then switched her focus to dogs to see if there is something to learn about how the human language develops from them.

“I just wanted to do something fun to renew my love of research,” she said. “We didn’t think it would work, but then it worked!”

Mallikarjun successfully defended her doctoral dissertation virtually in August, and in October, she joined Penn Vet. Currently, she is working with dogs who are trained to sniff out various diseases.

And she’s happier than a dog with his nose in a treat box. “There’s a distinct kind of joy I have when I go to work every day,” she said.

“We’re looking at how dogs are able to identify specific compounds so we can pass it on to engineers who could create a mechanical nose to detect these compounds,” she said.

Read more about Amritha Mallikarjun in The Philadelphia Inquirer.