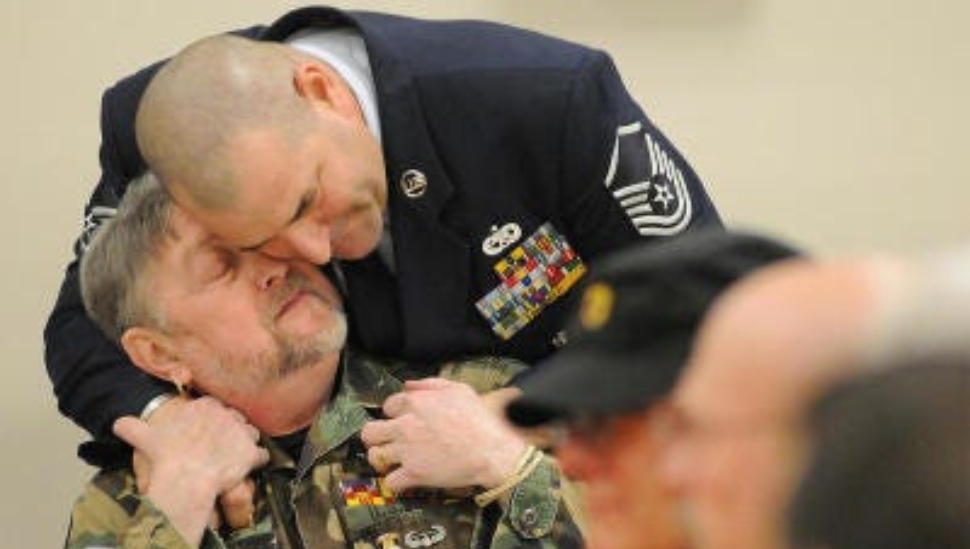 Vietnam veteran Jesse Hill, whose advocacy on behalf of the military defined the rest of his civilian life, passed away at age 72. Jo Ciavaglia covered his ongoing support of servicemen and –women in the Bucks County Courier Times.

As it did to many in the 1970s military, the scorn shown Hill on his return from service in Vietnam formed his outlook.

He spent decades ensuring that no other returning U.S. Army veteran ever again experienced that kind of disrespect.

Hill founded the Bristol Township-based Delaware Valley Vietnam Veterans (D3) and served as its treasurer for more than 30 years.

He was the organizing force for annual Memorial Day and Veteran’s Day events. He helped volunteers plant more than 60,000 American flags every Flag Day.

“He was uniquely American in that he loved his country and didn’t care who he pissed off if he thought people weren’t treating his brother and sister veterans right,” said former Congressman Patrick Murphy, the first Iraqi War veteran elected to the U.S. House.

Hill was known for his hugs, and for his temper, which he didn’t hide if he felt veterans were being mistreated.

“Jesse Hill is a hero in every sense of the word, and he will be greatly missed,” Bucks County state Rep. Tina Davis wrote in a Facebook post announcing Hill’s death.

More on the profound impact Hill had on local veterans’ affairs is in the Bucks County Courier Times.

Historic Cemetery in Wayne Seems to Have No Owner. Here’s Why That’s a Problem