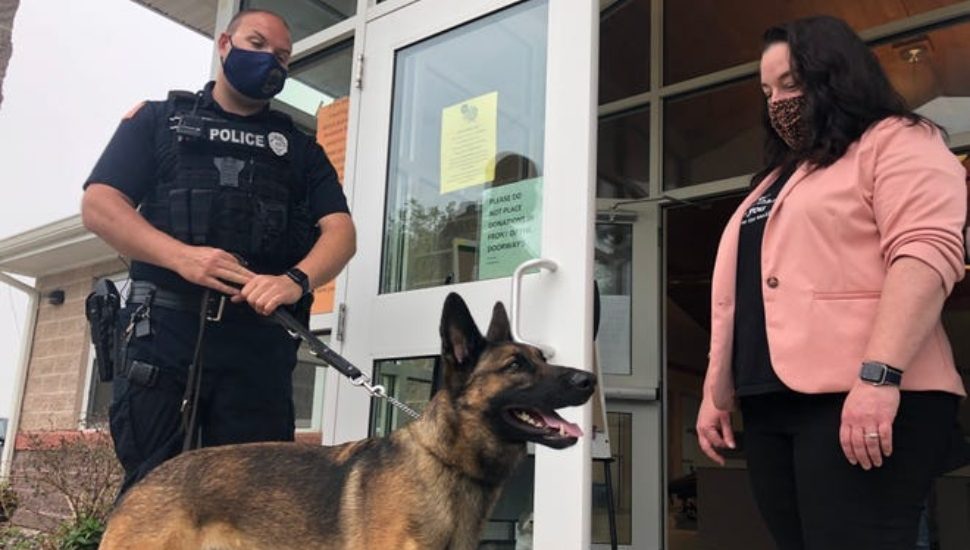 A Belgian Malinois’ journey from New Jersey to Bucks County is a lesson in patience and potential, reported George Woolston in the Burlington County Times.

The Burlington County Animal Shelter accepted Arrow as a surrender — twice. His first owner found him incompatible with his other pets. The second feared he was over-protective.

So, for eight months, Arrow waited.

Angela Connor of the Rescue 22 Foundation eventually got word of him. Her organization trains dogs for disabled veterans.

She recognized Arrow’s potential. As a herding dog (related to the German Shepherd), the Belgian Malinois is extremely athletic, highly intelligent and has strong protective instincts. They often work in service roles.

But something about him didn’t say support dog to Connor. It said police dog.

“I evaluated Arrow and decided that a lot of the behavior that most people would find challenging was actually exactly the behavior we’re looking for to develop into police work,” Connor said.

She found him to be confident, intelligent, very eager to please and possessing a strong drive to work for food and toys.

“And, you know, the energy,” Connor added.

He’s now the department’s first K-9 officer since the 1960s.

More on how Arrow evolved into his best life professionally and personally is at the Burlington County Times.