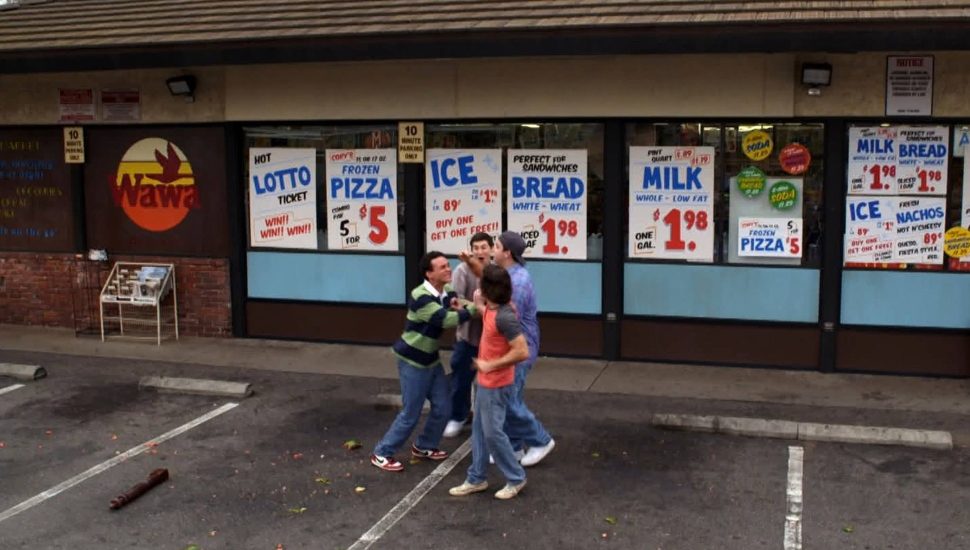 2015 Image via Wawa Facebook page.
A scene from The Goldbergs outside the 1980s style Jenkintown Wawa.

Time travel back to the 1980s this week at your local Wawa with The Goldbergs, writes Stephanie Farr for The Philadelphia Inquirer.

All week long, April 16-23, Wawa goes retro with The Goldbergs as it celebrates the 57th anniversary of the opening of its first store, April 16, 1964, in Folsom, Ridley Township. Delaware County.

A special Garlic Chicken Cheesy Parm hoagie in honor of Beverly Goldberg’s love of parmesan recipes will be sold.

A portion of the sandwich sales benefit the Children’s Miracle Network.

For those unfamiliar, The Goldbergs is set in 1980s Jenkintown, with frequent references to the Jenkintown Wawa. That store will have additional themed décor and vintage uniforms for the staff.

A “Home of the JTP (also known as the Jenkintown Posse)” plaque will be unveiled at the store today.

On April 23, local police and fire departments will participate in a Smash Ball competition with water balloons in the store’s parking lot..

Wawa introduced hot foods in the 1980s and for the first time, hoagies were built-to-order.

For Father’s Day, Roll into One of Bucks County’s Best Cigar Shops