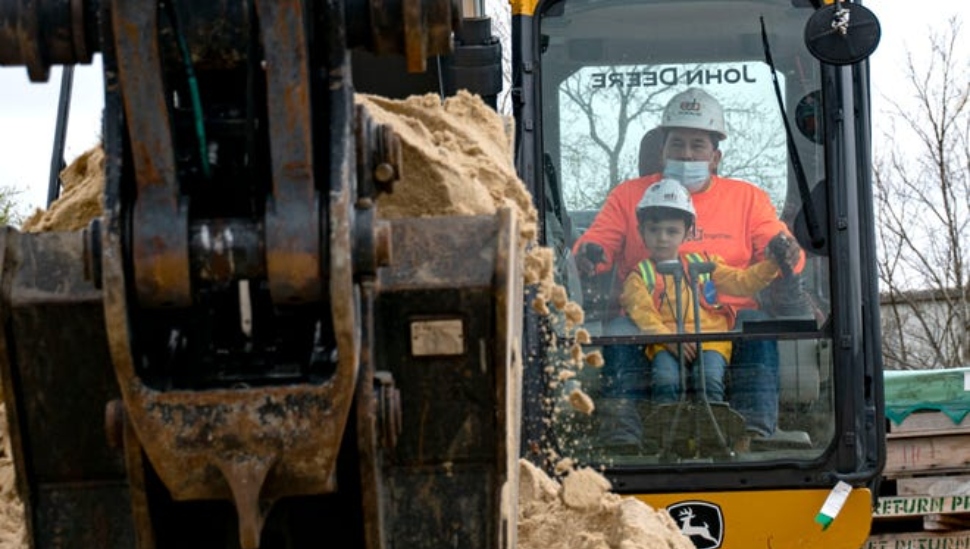 It’s not unusual for a construction foreman to oversee heavy machinery at work while decked out in an orange vest, hard hat and toolbelt. It is unusual when that foreman is four years old, according to Marion Callahan in the Bucks Count Courier Times.

“He’ll be talking about this until he’s 20, I think,” said Dana Esposito of watching her son, Nicholas, at the controls of a massive excavator.

The junior journeyman sat on the lap of a more experienced colleague. But he was nonetheless in charge, emptying a bucket claw of dirt into a dump truck.

Nicholas conjured this dream while receiving treatment for neuroblastoma. For 16 months, he endured chemotherapy, passing the time by watching a building go up next door to his treatment room.

He rebuilt his walking skills by navigating the halls, outfitted with a tiny toolbelt. His quest? Any little hospital project looking in need of repair.

Before long, DeAngelis was picking up Nicholas in a dump truck to go to work.

Onsite, Nicholas mixed cement, helped brick a wall and invited his younger siblings to roll up their sleeves and join him.

More about the fulfillment of this unusual wish is in the Bucks County Courier Times.

Univest Awards $5,000 to Kisses for Kyle Foundation as Winner of Caring for Community Giveaway