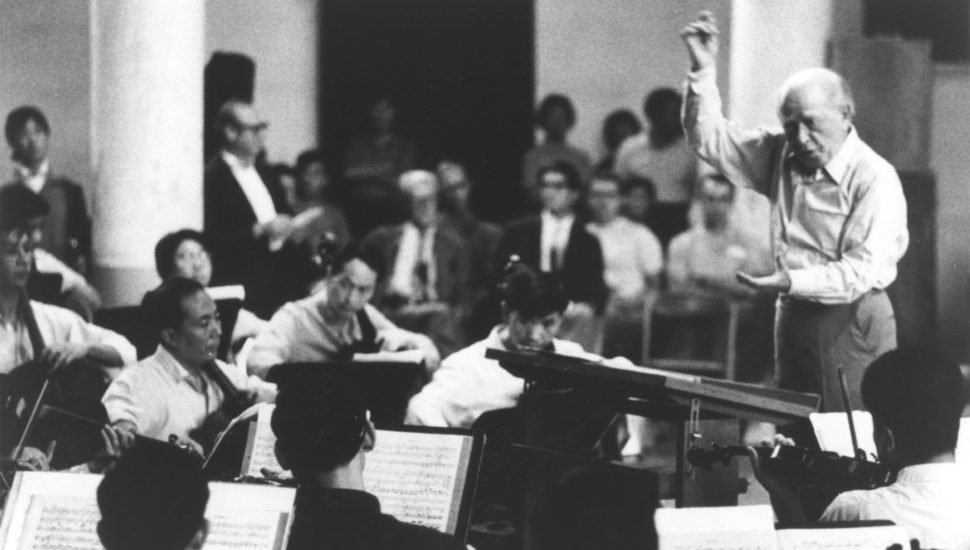 Into the ongoing 1970s tension between the U.S. and the Peoples Republic of China was sent the renown Philadelphia Orchestra. Under an initiative from President Richard Nixon, the musicians became the first U.S. symphony orchestra to serve as cultural ambassador to Chairman Mao Zedong. That seminal concert series is being revisited in a new film from Doylestown documentarian Jennifer Lin, reports Peg Quann for the Bucks County Courier Times.

Lin’s movie, Beethoven in Beijing, echoes the resonating themes between the orchestra’s tour nearly 50 years ago and the current U.S./China relations today, strained by the pandemic. She characterized the universality of music and the unity it inspires, saying: “In some ways, we need them now more than ever.”

The Philadelphia Orchestra’s 1973 tour was a global phenomenon, but came with miles of governmental red tape, intricate travel schedules, language barriers, hotel snafus and other complications.

The documentary’s title comes from the prominence of Beethoven on the programs, including the 6th Symphony. Its last-minute request — more like a demand from Madam Mao, the Chairman’s wife — proved to be a sticking point. The orchestra hadn’t brought the score and had to borrow it onsite. The 6th Symphony may be best known for its inclusion in Disney’s 1940 film, Fantasia.

Beethoven in Beijing is being televised on WHYY at 9 p.m. April 16, then streamed on PBS’ Great Performances.

More about the documentary of the Philadelphia Orchestra’s 1973 tour in China is in the Bucks County Courier Times.