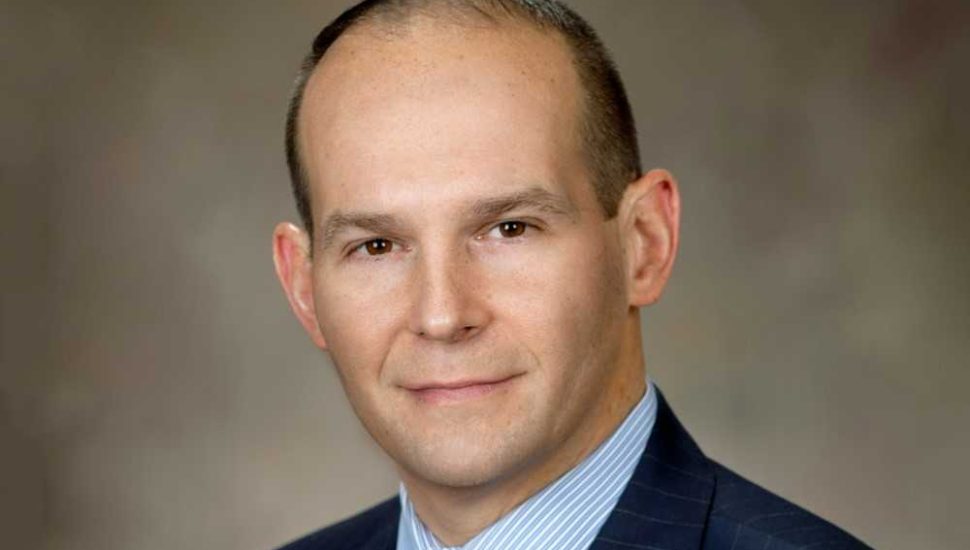 Together with the Council of Past Presidents, Eric Smith welcomed Josh Shapiro, Pennsylvania Attorney General and former Chair of the Montgomery County Commissioners, as an honorary member. He also joined in the celebration of the thirtieth year of the Montgomery Bar Foundation by honoring its founder Stephen G. Yusem. (Submitted photo)

High Swartz LLP partner Eric B. Smith became immediate past president of the Montgomery Bar Association after a year of successfully achieving goals linked to diversity initiatives, fiscal responsibility, and social media outreach for the Association and its members. Mary C. Pugh, the executive director of the Montgomery County Child Advocacy Project, now serves as the 2018 president of the Association, according to a submitted press release.

“I enjoyed a successful year of leadership at the Montgomery Bar Association, said Smith. “It was a privilege to lead the state’s premier bar association, and over the course of the year, I had such a rewarding experience serving an association with a rich history and engaged membership. I look forward to being involved this year as immediate past president.”

In addition to his diversity efforts, Smith dedicated a portion of his agenda to maintaining the Association’s fiscal responsibility through stewardship of membership dues, implementation of policies that encourage operational efficiency and strategy to generate non-due revenues. In an era of rising health care and other benefits, Smith viewed such policies as critical to maintaining the Association’s mission.

As a continuing project of countywide importance, as Association president, Smith, together with the Montgomery County Court of Common Pleas, assisted in the development of a joint association-court committee to interface with Montgomery County in the design and construction of the county’s new justice center.

Together with the Council of Past Presidents, Smith welcomed Josh Shapiro, Pennsylvania Attorney General and former Chair of the Montgomery County Commissioners, as an honorary member. He also joined in the celebration of the thirtieth year of the Montgomery Bar Foundation by honoring its founder Stephen G. Yusem.

At High Swartz, Smith continues his suburban Philadelphia centered practice in the areas of commercial, real estate and municipal litigation.

High Swartz LLP is a general practice law firm serving clients in the Delaware Valley and throughout Pennsylvania from offices in Norristown and Doylestown. Established in 1914, High Swartz serves the needs of businesses, municipalities, government entities, nonprofits and individuals. With offices in Bucks County and Montgomery County, the full-service law firm provides comprehensive counsel and legal support to individuals and business entities of all sizes across a broad spectrum of industries throughout Pennsylvania and New Jersey. For more information, go to www.highswartz.com.