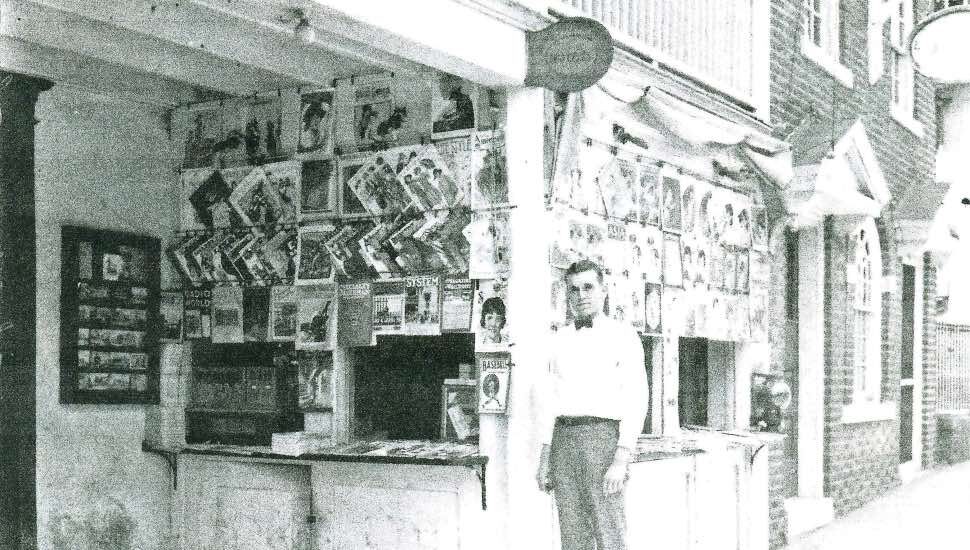 Image via Doylestown Historical Society
The business owner once operated out of a now-popular stop for local residents.

Known for being one of the most historic areas in Bucks County, this town’s local coffee shop had an interesting past that was well-documented.

Doylestown’s Starbucks has been serving food and beverages to customers for years. Long before the existence of the Starbucks brand, in 1927, the location served as the popular newsstand of one Enoch Price, an immigrant who set up his business one one of Bucks County’s busiest intersections.

“His business was located on the right corner of the Fountain House Hotel at State and Main Streets in the Borough, which is currently the home of Starbucks,” the historical society said online.

Price was originally from England. He first settled in Philadelphia and later moved to Court Street in Doylestown around 1922. He passed away in 1941. According to the society, he is buried next to his parents in the Doylestown Cemetery.

Long forgotten by many, his story is one of many that makes up the rich and interesting history of popular town.

Learn more about local stories like Price’s at the Doylestown Historical Society.