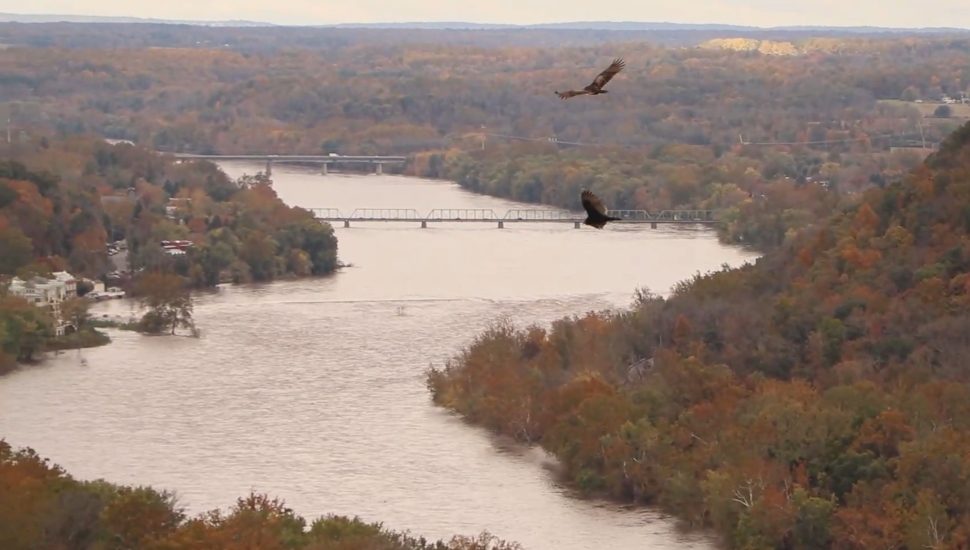 Image via Bowman's Hill Tower
The river is set to undergo a massive cleaning in the near future.

As organizations begin to help clean the local environment, a body of water that borders Bucks County is on the list for upcoming cleanups. Staff writers from Clean Technica wrote about this and other local bodies of water.

The Delaware River is on the list of the six National Oceanic and Atmospheric Administration restoration programs for 2023. From 1962 to 1985, the scrap metal and electrical recycling facility Metal Bank owned and operated a salvage yard next to the Delaware River.

The facility leached contaminants, including oil containing PBCs, into the river that bounds Bucks County to the southeast. After the site was designated a Superfund in 1983 by EPA, NOAA worked closely with the agency throughout the cleanup.

A settlement of $950,000 that was finalized in Nov. 2021 included $535,193 to fund projects that will help restore natural resources harmed by pollution. This settlement marked a step forward in a healthier direction for both communities and ecosystems on the Delaware River.

NOAA plans to work in partnership with co-trustees and the public to implement a restoration plan for this urban waterway. After decades of pollution, the plan will help urban fisheries, which include endangered Atlantic and Shortnose sturgeon, to recover.

Read more about the restoration project in Clean Technica.