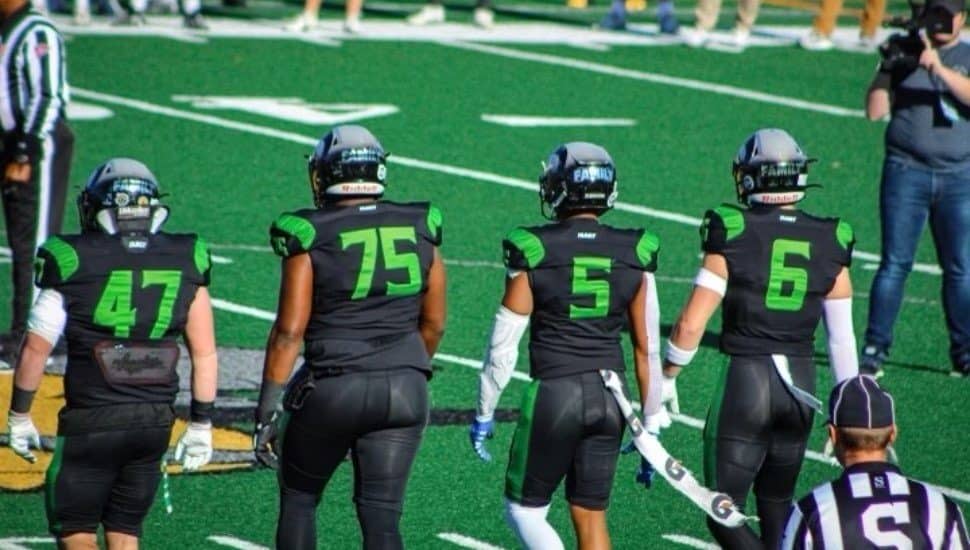 Image via Gia Lebo / Delaware Valley University
The team is set to play a major game this weekend.

Delaware Valley University’s football team is gearing up for a major game this weekend, where they will host the opposing team.

The Aggies will host the University of Mount Union in the Division III football playoff quarterfinals on Dec. 3 at 12 PM. The game will be held at James Work Memorial Stadium, located at the college’s campus at 700 East Butler Avenue in Doylestown.

The team advanced to the “elite eight” after an incredible 39-32 come-from-behind triumph over visiting Randolph-Macon College this past weekend.

“The five-time defending Middle Atlantic Conference (MAC) Champions are 12-0 for the fourth time ever and will play in the national quarterfinals for just the fifth time in program history and the third time in the last five years,” the university said online.

The University of Mount Union is the second-ranked team in Division III football and coming off a 45-7 rout of Utica in round two. The Purple Raiders, known as one of the elite programs in the country with a rich history, won their 33rd Ohio Athletic Conference (OAC) championship this season and have won a record 13 National Championships with 21 Stagg Bowl appearances. Mount Union is 109-19 all-time in NCAA Playoff games.

The game will be broadcast live on MACtv and live stats will be available via the DelVal Athletics website.

Tickets will be $8 for general admission and $4 for students with ID. Ticket booths will open at 10 a.m. and all tickets must be purchased at the gate. No tickets will be available in advance. Parking at Delaware Valley University is $5 and all transactions are cash only.

Learn more about the upcoming game at Delaware Valley University.

Warrington Couple Find Their Dream Home Thanks to a Wrong Turn