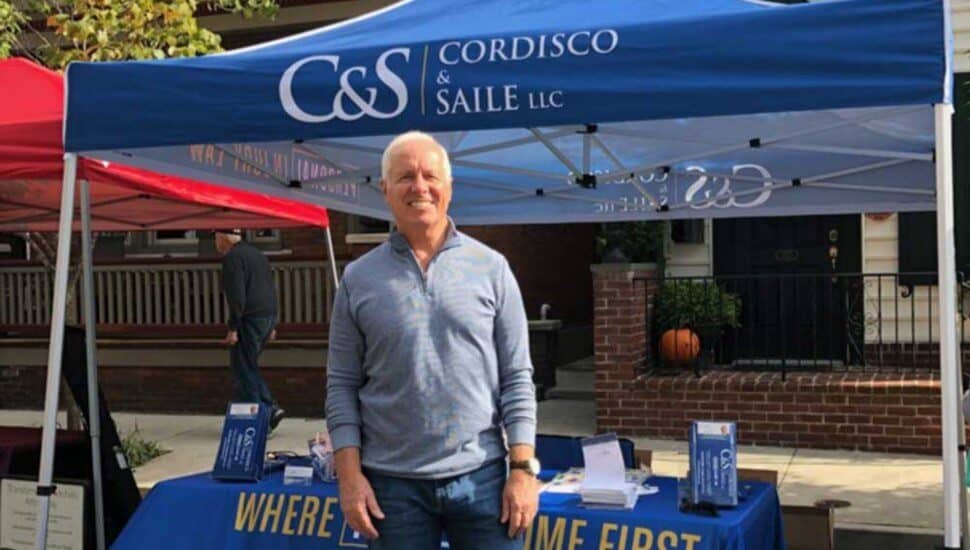 Image via Cordisco & Saile LLC
The Bucks County politician and lawyer will join the upcoming board.

A Bucks County politician was recently named as the most recent addition to one of the Governor-Elect’s new boards.

“I am honored and humbled by the Governor Elect’s faith in me and I am excited to apply my knowledge and experience from the public and private sector to the committee,” Cordisco said.

“I am proud to represent Bucks County alongside several other Bucks Countians on the Shapiro-Davis transition committees. Shapiro and Davis have demonstrated a commitment to making Pennsylvania attractive to workers and companies and I look forward to working alongside them to deliver for working families.”

Cordisco is one of several Bucks County politicians to make their way into the new boards. Patrick J. Murphy, the former United States Under Secretary of the Army and a Bristol native, was recently named Chairman of Governor-Elect Josh Shapiro’s Law Enforcement, Emergency Preparedness, & Community Safety Policy team.

“I am very pleased that the Governor-elect has tapped John Cordisco to serve on his transition team’s economic development committee,” said Senator Steve Santarisero. “John brings a wealth of experience and knowledge to the task of helping the Governor-elect plan for Pennsylvania’s economic future.”

This Long-Standing Langhorne Restaurant Just Closed Without Warning. Read to Learn When, Where, and Why