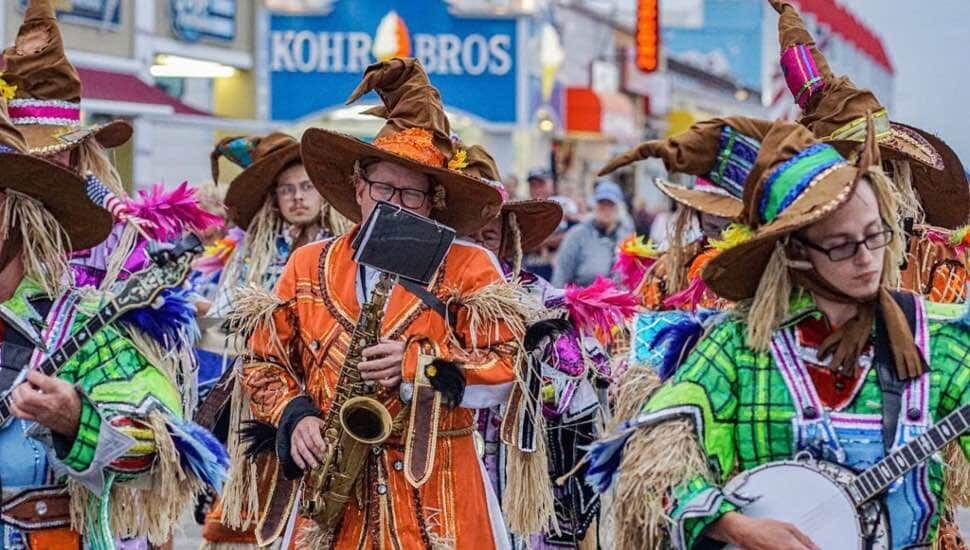 Image via Uptown String Band
The band is now practicing in another part of Bucks County.

Bucks County’s only Mummers organization recently moved their musical practice space from one local town to another. Dino Ciliberti wrote about the recent move in the Warminster Patch.

Bucks County’s only Mummers organization temporarily rented the old school gymnasium after it found itself in need of more space. The band is rehearsing throughout December in preparation for their biggest event of the season – January 1 performance in the 2023 Philadelphia Mummers Parade.

“We need a bigger space to practice,” said Devon Hindman, the Uptown String Band’s publicity director. “This year we are using the gym at St. John Bosco because it provides enough ceiling height to build our props and enough room to practice our routine.”

This year, the routine is an African jungle/animal theme titled “Safari So Good.”

The Uptown String Band, which is a fully-volunteer organization with close to 200 members, is busy throughout the year performing at various functions in Bucks County and surrounding areas. The group has appeared on the boardwalk in Ocean City and they have even performed at weddings.

Read more about the Uptown String Band in the Warminster Patch.

Meridian Bank House of the Week: Renovated Contemporary Home in the Woods of Quakertown

This Popular Bucks County Holiday Bike Race Has Been Rescheduled. Read to Learn When, Where, and Why