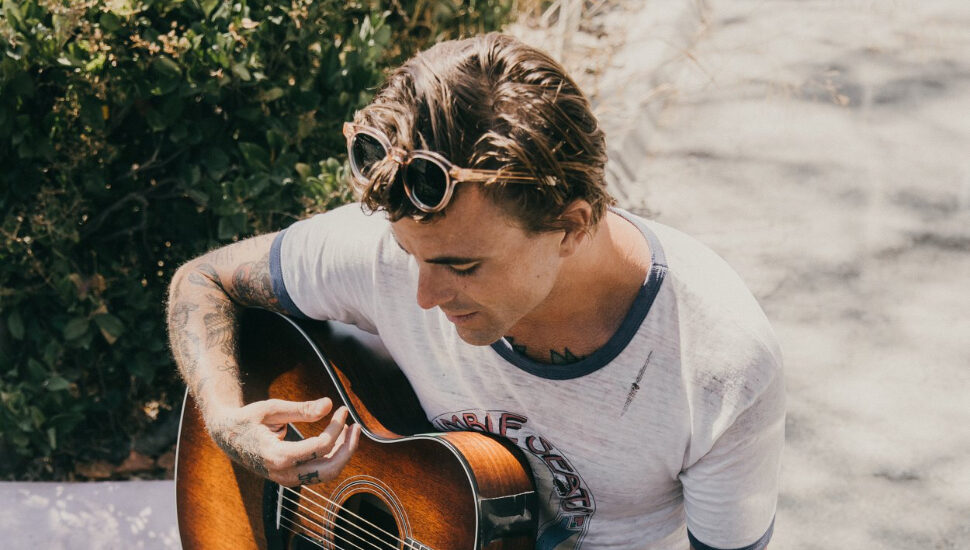 Image via Anthony Green (Facebook)
The Doylestown rocker has used his talents for an upcoming kids movie.

A big name in the alternative rock scene, who resides in Bucks County, recently announced his work on an upcoming children’s movie.

Anthony Green, a rock legend with deep roots in Doylestown, just announced that he recently worked on the soundtrack for “Blue’s Big City Adventure”, a movie based on the beloved show “Blue’s Clues”. Green worked on songs for the upcoming film with Keith Goodwin of the bands Good Old War and Found Wild.

“So excited this is finally coming out!” Green said on his official Instagram account. “@goodoldkeith and I had such a fun time writing these songs. Thanks to @mattstawski for having faith in us to do it!”

Outside of these latest recordings for the movie, Green has been a major player in the rock world for over two decades.

A graduate of Council Rock North High School in Newtown, Green got his start as the frontman for California emo legends Saosin, whose 2003 EP Translating the Name is consider a gold standard in the rock sub-genre. After leaving the group in 2004, he rejoined in 2015 and recorded their third album, Along the Shadow, the following year.

After his initial departure from Saosin, Green formed the alternative rock group Circa Survive in the Philadelphia area with guitarist Colin Frangicetto, a native of Langhorne. After six albums, the band released back-to-back EPs A Dream About Love (2021) and A Dream About Death (2022) before announcing their going on hiatus back in late August.

Outside of these two groups, Green has also released 22 solo recordings, the latest one being the album Boom. Done. (2022). He is currently a member of the rock supergroup L.S. Dunes, featuring members of My Chemical Romance, Coheed and Cambria, and Thursday.

Born and raised in Doylestown, he still resides in the Bucks County town with his wife and four children. Along with the singer Pink, another Doylestown native, the rock band Ween of New Hope, and singer Christina Perri of Bensalem, Green is in the upper echelons of top quality music being produced out of the area.