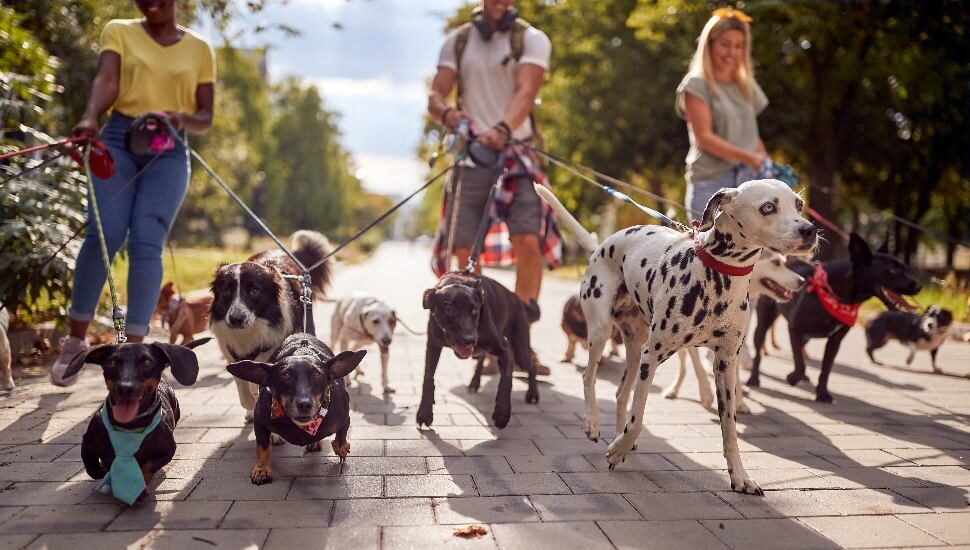 Image via iStock.
The NYT solicited input from teenagers about holding down part-time jobs — such as running a dog-walking service — while in school.

New York Times reporter Shannon Doyne recently asked teenagers if all high school students should have part-time jobs. One response — from Wynn Hastings, a student at The Agnes Irwin School, Rosemont — indicated how even small-scale employment alongside a classroom education can be a pathway to growth.

The teenage respondents to the Times invitation to comment on the work/no-work status of students was mixed: Some teenagers said that being a working student has its drawbacks (namely, yet one more pressure to juggle). Others, including 13-year-old Hastings, reported that employment provides a valuable opportunity to make and self-manage money.

Hastings explained that the time spent this summer working imparted lessons on social skills, the particulars of paying taxes, and an overall sense of fiscal responsibility. None of these advantages, wrote the teen, are advantages that could have been readily picked up in a school curriculum.

“After working so many hours and receiving your paycheck, it can be disappointing how little money you earned,” wrote Wynn. “It can also be surprising how easily you can blow through a paycheck.”

Another discovery Wynn made while working involved the use of the fruits of the effort. Rather than spending what was made, Hastings tended to save it.

The full response from Agnes Irwin School student Wynn Hastings on the advantages/disadvantages of being a working student is in The New York Times.

3 Tips to Have Successful Relationships with Your Coworkers

17 Resume Hacks to Land the Interview

Manor College Dean Was Schooled Herself in the Value of Connecting Deeply with Colleagues, Students