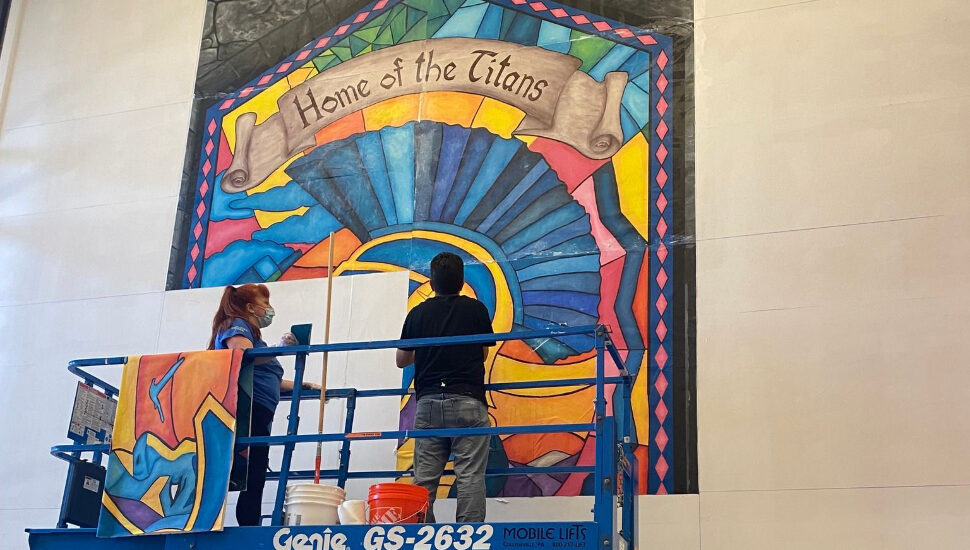 Students and staff at Central Bucks High School South have unveiled their school’s most recent mural, which had been years in the making.

The art piece depicts the school’s mascot in a vibrant, stained glass-style mural that will now adorn the halls of the Warrington high school. Standing 20′ by 24′, the large piece is surrounded by unique rendered stonework and marble columns, giving the mural a feeling of royal aesthetics with the phrase “Home of the Titans” adorned above the depicted mascot.

Advisors to the mural included Stu Kesilman and Pat Balkit, who oversaw the making of the art piece over the last four years. The COVID-19 pandemic resulted in more than a year’s delay of the piece.

“The mural was then refined over the past year with a core group of painters made up of current South students and South graduates in a unique cooperative effort,” the school said in an online statement. “The final product is a stunning representation of school and community pride.”

Over 100 painters were involved in the creation of the school’s latest artistic installation.