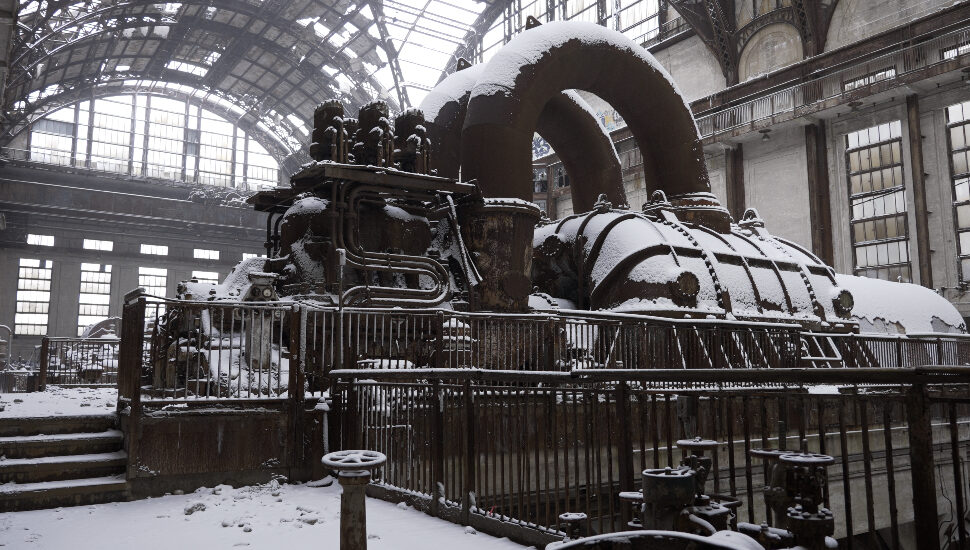 Image via Ben Kees
The documentary is almost finished, and the filmmakers are asking for further Kickstarter donations.

Two filmmakers from the Bucks County area are wrapping up on a passion project documentary, and they are looking for the last donations before the Kickstarter ends, since the campaign is all-or-nothing if they don’t reach the goal.

John Kramer and Ben Kees, two Bucks County documentarians with a love of local history, have been working on “Electric Rust: Philadelphia’s Grand Tour of a Decaying Industry” for some time now. Their project focuses on the power plant industry in Philadelphia, with an emphasis on the crumbling nature of the industry and the plants that were used in the process.

“I’ve been working on this for years,” Kees said in an email. “I love decaying infrastructure, especially related to Philly history.”

According to Kramer, one of the buildings featured in the documentary, North Philadelphia’s Richmond stations turbine hall, was the tallest open room structure in the entire world when its construction was completed back in 1925.

“This hall has been left to rot since 1985 and is a masterpiece of natural decay.”

Along with beautiful shots of the dilapidated buildings, Kees and Kramer both interviewed former employees of the plants, who told their stories of serious work and on-the-job pranks. The retirees also unearthed never-before-seen historic photos from the 1920s. They also interviewed scrappers, people who live in and steal copper from the plants.

The human element added to the story brings out a side of local history few people have the opportunity to see.

While the film is almost done, the Bucks County documentarians are still looking for donations in order to finish the final touches to their year-long project. With a deadline of Sept. 15 fast approaching, the two are looking for all the donations they can get.

Those interested in helping Kramer and Kees see their project get finished can donate to their Kickstarter campaign. A trailer for the documentary, along with additional information, can be found on that page.