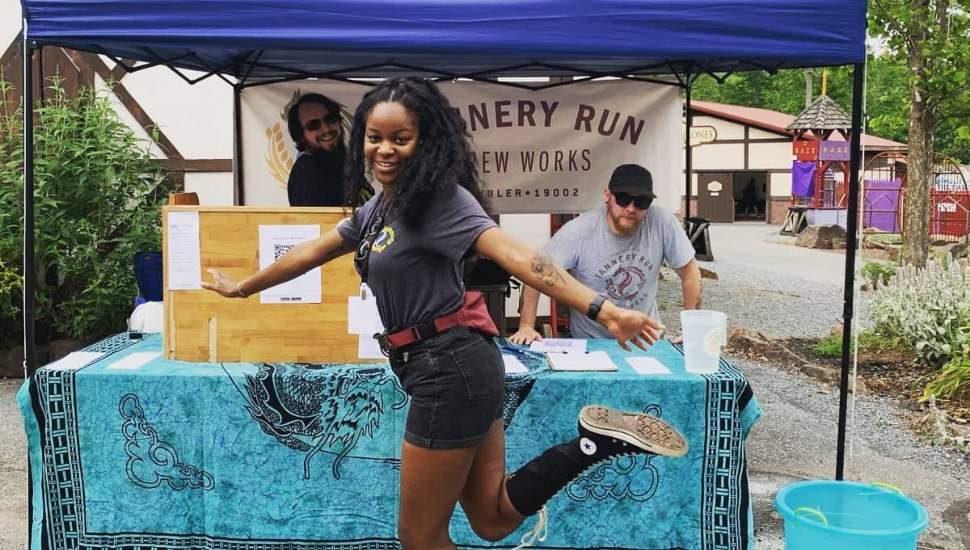 Adena Brewington-Brown has a surname that fairly drips with appropriateness for her skill at brewing beer. She has tapped into that connection to become a successful producer, taking her Tannery Run Brew Works fare to a Pittsburgh festival. Jon Moss reported her trek in the Pittsburgh Post-Gazette.

Not only is Brewington-Brown’s ID wholly appropriate to the product she now co-produces, it also reflects her birthplace: the Brewerytown neighborhood of Phila.

Her gene pool, as well, has suds in it; her African American, Croatian, and Native American ancestors all brewed spirits of one kind or another.

So, it’s no surprise she’s now co-owner of Tannery Run in Ambler.

Her recent Pittsburgh run was to participate in the city’s fifth annual Barrel & Flow Fest.

The 2022 edition was especially open to producers of color like Brewington-Brown. She appreciated that the event set out to “…highlight people from different backgrounds” among craft brewers.

“This is a great outlet and medium for us to come and network together, but also to be exposed to the general craft beer community,” she concluded.

Additional servings of this story are available at the Pittsburgh Post-Gazette.