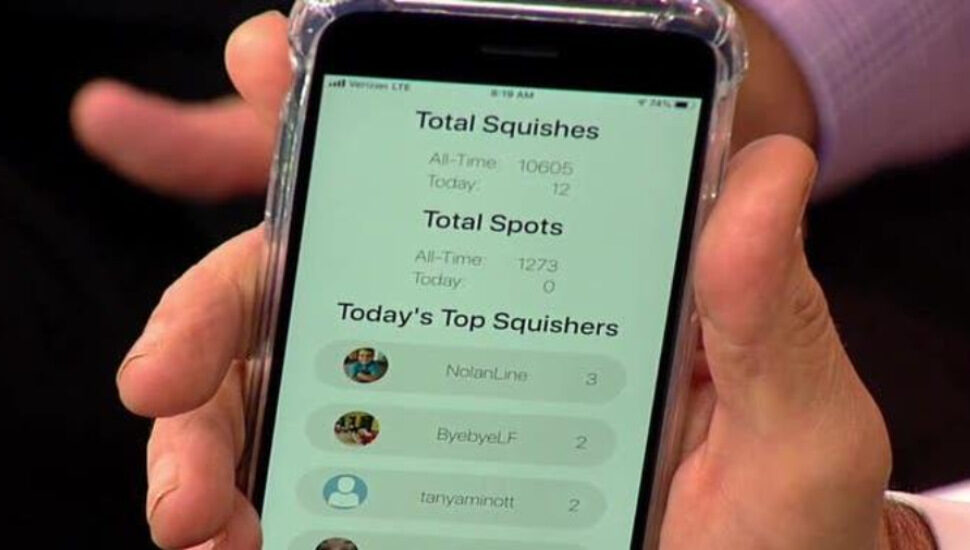 Image via Squishr at Facebook.
Pa. use of the Squishr app to track lanternfly kills is waning, perhaps from a drop in user dedication to the effort, perhaps from a reduction in the bugs' population locally.

It may be anecdotal or science-based, but the spring-summer swarms of lanternflies seem to have diminshed in the Phila. collar counties. One contributing factor may have been the public encouragement for residents to wage war on the creepy crawlers. But signs also show that the initial zeal to hunt them may be ebbing away locally. Colin Deppen raised his antennae to investigate for WHYY.

As soon as the invasive pest started overtaking the Keystone State, the public was advised to wage war against the swarms. The recommended remediation techniques — scrape eggs, capture jumpers in water bottles, stomp them on the sidewalk — may have diminished the problem slightly. But perhaps their greatest impact was generating a feeling of altruism among hunters. Each small act contributed to the greater good.

But contributing to the greater good, especially against such odds, is wearying.

The drop in bug brigade success has been noted statistically by Brad Line, the Villanova creator of the Squishr app. Its function is to enable hunters to log kills, bringing an almost competitive overlay to addressing an environmental threat.

Line has, however, seen his tech offering’s usage numbers droop in Pa. It is, however, gaining popularity in other states, perhaps indicating that lanternfly populations are migrating elsewhere.

”I think there’s a fatigue factor setting in,” Line said. “I mean, we had some people [in Pa.] who were spending hours a day squishing these things and recording them in the app. And, you know, after a year or two or a summer or two of doing that, you kind of say, ‘Okay, well, I’ve probably got better things to do with my time.’”

But the campaign may have been effective in some way, especially given other factors.

A Drexel University animal programs director, for example, has noted drops in lanternfly populations. She cites causes that include predators (blue birds find lanternflies delicious eating) and increased swarm spreads across the rest of the East Coast.

Read more about the current status of spotted lanternflies at WHYY.

Pa. Uses a Fine Approach — Meaning Both Workable and Costly — to Tamp Down Lanternfly Infestation