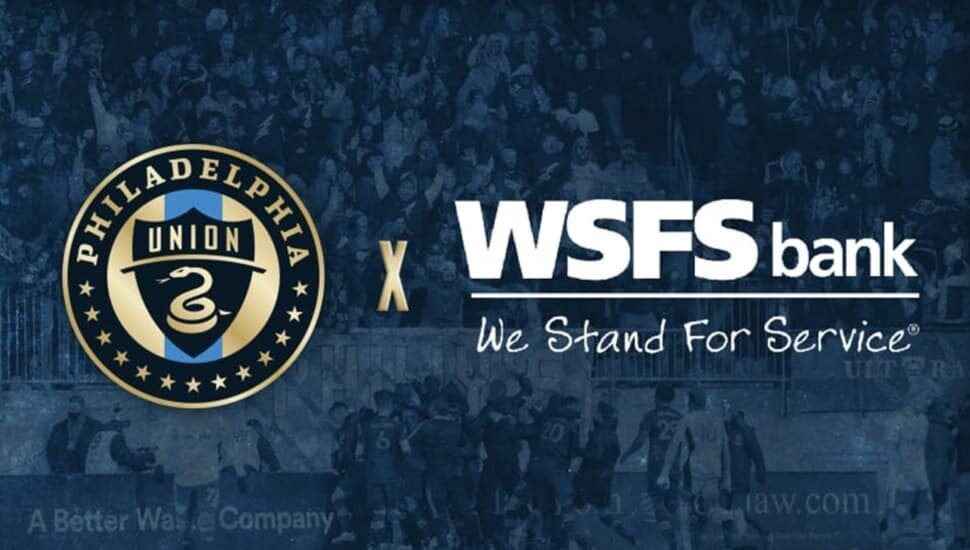 The Philadelphia Union has announced a new multi-year partnership agreement with WSFS Bank, the oldest and largest locally headquartered bank and wealth franchise in Delaware and the Greater Philadelphia region, making it the official bank partner and community supporter of the Union and Subaru Park.

The agreement marks the first major sports partnership for WSFS.

“WSFS’s mission of We Stand For Service and their commitment to the community aligns with the Philadelphia Union’s goals and core pillars,” said Tim McDermott, the Union’s President. “We’re excited about the legacy we can build together with WSFS, making a true difference in our community.”

“We are thrilled to become the official bank of the Philadelphia Union,” said Justin Dunn, Senior Vice President and Chief Marketing Officer at WSFS Bank. “The Union has been one of the most successful teams in Major League Soccer in recent years and their on-field success is mirrored, if not exceeded by, their community support off the field. Our shared commitment to creating opportunities for our communities to thrive make this an ideal partnership. We know the power that sponsoring a major hometown sports team can offer a brand, and we look forward to offering fans some special items like a co-branded debit card.”

The WSFS and Union agreement will focus on community platforms, gameday activations, and fan engagement opportunities with additional projects being announced at a later date. WSFS will be the presenting partner of the following community relations initiatives:

Gameday activations and fan engagement entitlements will include a “Small Business of the Match” program, co-branded debit card, and multiple enter-to-win sweepstakes, among other ways to delight fans at Subaru Park. WSFS will also support Philadelphia Union Foundation initiatives like the iAM Project, Chester High School soccer, and more.

C&N Donates $16,000 through EITC to the Bucks County Historical Society