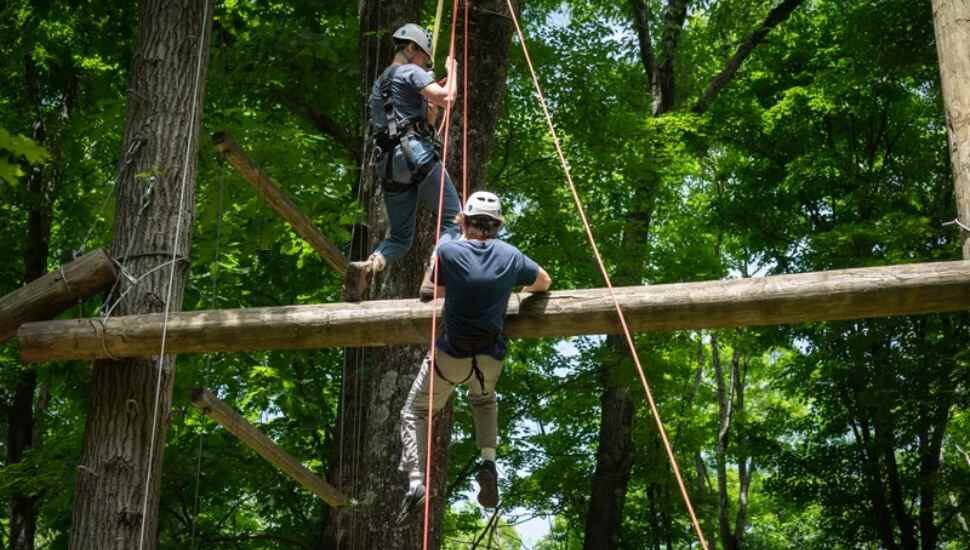 Once upon a time, sending a child to a Bucks County sleepaway camp meant only the threat of homesickness, poison ivy, or sunburn. In 2019, however, COVID struck more fear into campers than a hockey-masked maniac in the woods. However, for 2022 — as reported by Erin McCarthy for The Philadelphia Inquirer — things are firing up to be rather normal.

Deciding on that prerequisite wasn’t a tough call for director David Weiss. Most registered kids were already fully vaccinated, and the requirement wasn’t considered onerous enough for parents to cancel.

Weiss says that 2022 enrollment has ticked up “ever so slightly” from 2021’s, which was 18 percent down from years prior.

Camp Nock-A-Mixon in Kintnersville took a different tack with its 500 eager beavers in 2021.

Once the outdoorsy kids were onsite, Director Michael Glaser repeatedly tested them.

“We had some parents who felt it was an overreaction and we had some who felt like it wasn’t,” Glaser said. “Neither of those parents pulled their kids out of camp.”

When the entire population tested negative, the campers celebrated with a group de-masking ceremony.

Glaser plans a similar regimen for this year.

Parents sending their children to both these destinations express a universal appreciation for the experience they provide, especially this year. Breaking the vice-like grip that tech has held on their kids in pandemic mode is cited as justification enough to engender the trust.

More on local tactics that sleepaway camps are using out of ongoing health concerns are at The Philadelphia Inquirer.

Weekend Wanderer: I’m Not Sure Why, but I Agreed to Go Camping. Can I Fit a Bathtub into My SUV?