As Vintners Are to Fine Wine, This Pair of Discerning New Hope Chocolatiers Are to Decadent Candies 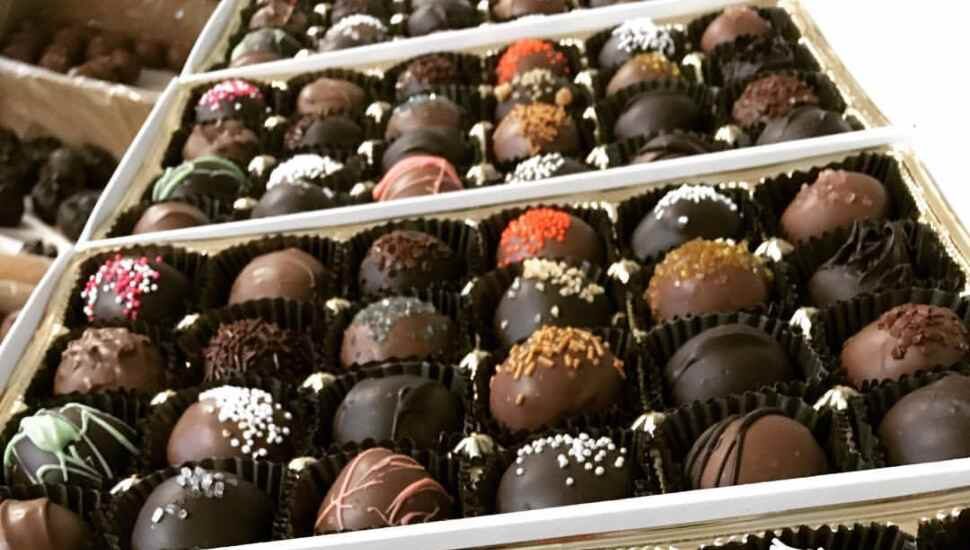 Bucks County’s burnished reputation for creating fine wine is certainly unquestioned. But local vintners aren’t the only gustatory specialists in the area. The sweets produced by Pierre’s Chocolates, New Hope, reflect a similar adherence to exacting standards and old-world precision.

The original owner of Pierre’s was Jean Pierre Meyenberg, a Swiss chocolatier. He learned the craft from his father and honed the skill working with a Konditorei — a blended pastry shop and confectionery — in a town on the upper Rhine River.

In 1970, Meyenberg immigrated to the U.S. and started the eponymous store with his wife; in 1986, he moved the business to New Hope.

In 2011, a pair of local candy makers, Tom Block and Justin Zaslow, bought it. But before snatching the deed and launching, the two spent 18 months learning Meyenberg’s recipes and techniques.

They have continued his legacy of excellence.

The shop’s ongoing reputation rests not only on the expertise of its current owners but also on its ingredient selectiveness. Their products use single-origin Cacao from small family farms around the world.

Pierre’s is among just a handful of U.S. chocolate experts sourcing rare South American varietals. And Zaslow was one of six domestic chocolatiers and pastry chefs selected to travel to Ecuador and witness a Cacao harvest firsthand.

Among its many community connections, Pierre’s Chocolates is a member of the Central Bucks Chamber of Commerce.