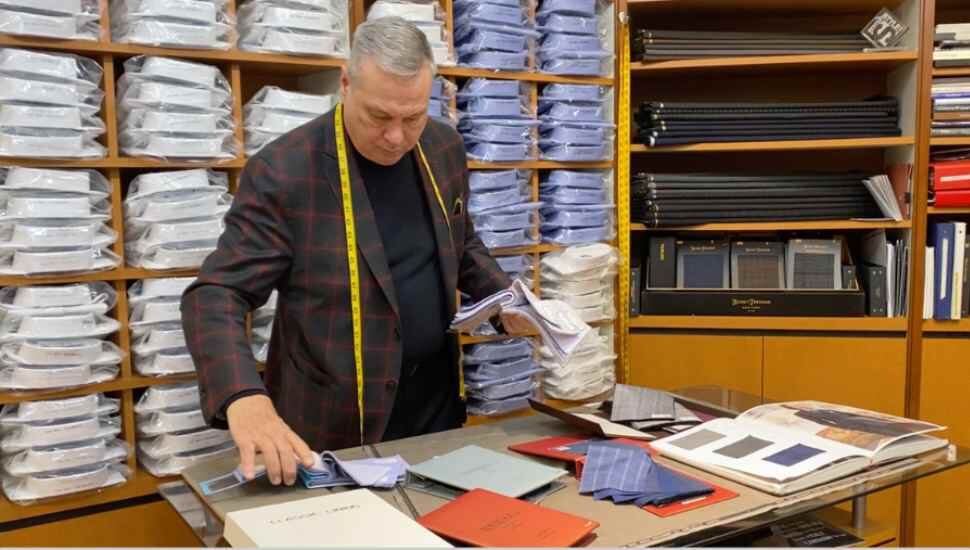 The 40-plus years of Frank Ventresca’s career isn’t best measured in legacy accounting records or discarded business calendars but in inches. Despite the general decline of bespoke men’s suits (Brooks Brothers of New York abandoned the service in 1976), his custom craftsmanship continues at his namesake Doylestown clothing shop, Ventresca Ltd.

Ventresca, a Central Bucks Chamber of Commerce member, is a third-generation tailor. He opened his own store in 1981 in Jenkintown.

That section of Montgomery County experienced a retail downturn that caused the business to move. In 2005, it landed in commercially up-and-coming Doylestown and became an institution.

Some of his success stems from his commitment to retaining employees. “The continuity of our staff makes a difference for our customers,” Ventresca said in an article for Suburban Life Magazine. “Our tailors have been with us a long time.”

That tenure, he says, ensures that when problems arise, the employee who initially served the customer can then rectify the issue quickly.

He also takes a holistic approach when coaching men on dressing well. That perspective includes an often-overlooked detail: shoes.

“Some men feel that footwear is just another accessory,” Ventresca said. “Men wear shoes that aren’t polished or are heavily worn, not realizing how deteriorated they’ve become. Most women will look at men’s footwear … . It’s important to them.”

Contact information about Ventresca Ltd. is online in his listing at the Central Bucks Chamber of Commerce.

Career Corner: How to Pick What to Wear for Your Zoom or In-Person Job Interview