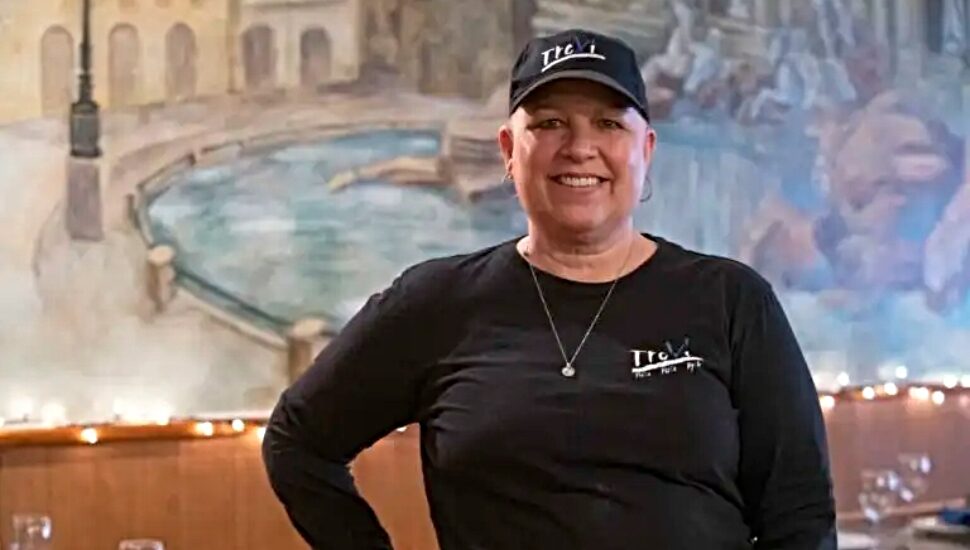 Image via Gina DiSalvo.
As a co-owner of TreVi Italian Restaurant in Glenside and a Farmers Insurance Agent, Gina DiSalvo Burke ‘82 knows what it means to start successful business ventures from the ground up.

An entrepreneurial spirit is often embedded in a person’s DNA. It’s a constant desire that drives someone to go out on his or her own and work with great passion.

Gina DiSalvo Burke, ‘82, would know that better than anyone. It’s why the Manor College graduate owns two local businesses, including TreVi, a delicious Italian Restaurant and Winery in Glenside.

One of her business professors owned his own restaurant, in addition to teaching. That, combined with her job at a pretzel bakery, influenced her career as an entrepreneur.

Gina Burke grew up in Philadelphia and came to Manor College from Melrose Academy. She was looking for a small, local campus and Manor fit that description. While at Manor, she became part of the founding members of a business club and served as its treasurer.

“I just wanted to be engaged with Manor,” Burke said. “The students and community were important to me, and the things I learned there at Manor and with the club still apply to my current life.”

She utilized those skills during her biggest challenge as an entrepreneur. In January 2020, Burke’s son suggested that TreVi should set up an online ordering system. Two months later, the COVID-19 pandemic hit and the system became a vital cog of the business’s survival.

“Thank God we did that, because our online orders started rolling in and it just took off,” Burke said. “We had the tools in place to accept the demand, although it could be overwhelming at some points.”

As Burke navigates her businesses through the pandemic, she’s continued to lean on her education from Manor College.

“Manor College provided me the education to know how to manage and market myself,” Burke said. “It’s amazing to think about what you’re learning in the classroom and how it’s going to be applied to your life.”