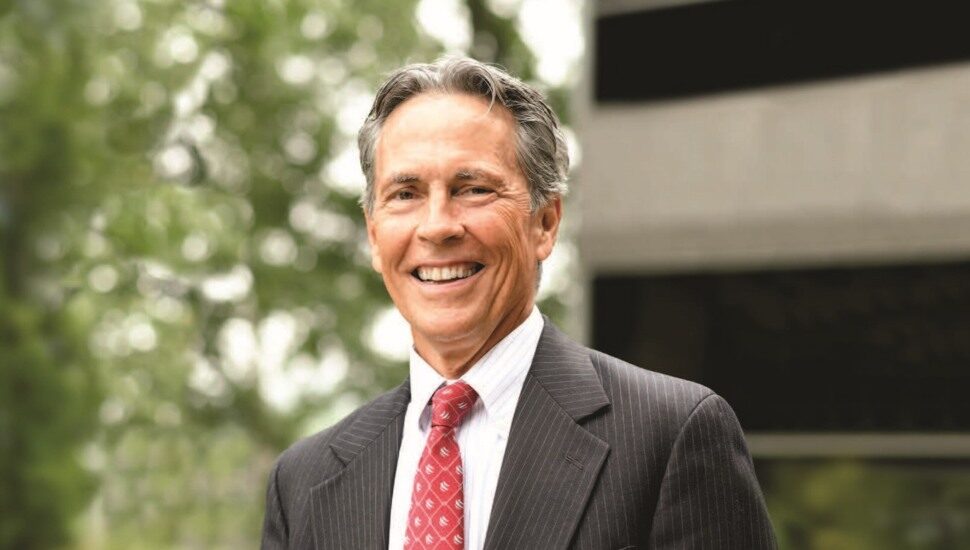 Meridian Bank founder and CEO Chris Annas, who has served as a leader and positive force in the region for years, will be inducted into the Chester County Business Hall of Fame by the Chester County Economic Development Council at a celebration on Wednesday, May 18 at the Phoenixville Foundry.

The Chester County Business Hall of Fame Award recognizes an individual’s outstanding achievements and contributions within the local business community.

Annas’s 30-plus years of banking experience — and service to thousands of local businesses along the way — have made an indelible mark on the county’s banking sector, Meridian’s many employees, and the business community as a whole.

Before starting Meridian in 2004, Annas was president, CEO, and co-founder of Stonebridge Bank in West Chester. Prior to that, he served as regional vice president of Summit Bank, where he led the company’s small business lending efforts in the Delaware Valley. He also managed Summit Bank’s large-corporate lending in Pennsylvania and southern New Jersey, along with its national media communications business.

Annas’s service extends beyond his distinguished career into the many philanthropic causes he has supported. He currently serves on the Foundation Board of Paoli Hospital and on the Community Bank Council of the American Bankers Association. He is a former board member of the Chester County Chamber of Business and Industry and of the People’s Light and Theatre Company.

Annas, a Conestoga High School graduate who spent his childhood in Minneapolis before his family moved to Berwyn when he was 15 years old, earned a bachelor’s degree in Accounting and Finance from Penn State and an MBA from Villanova University.