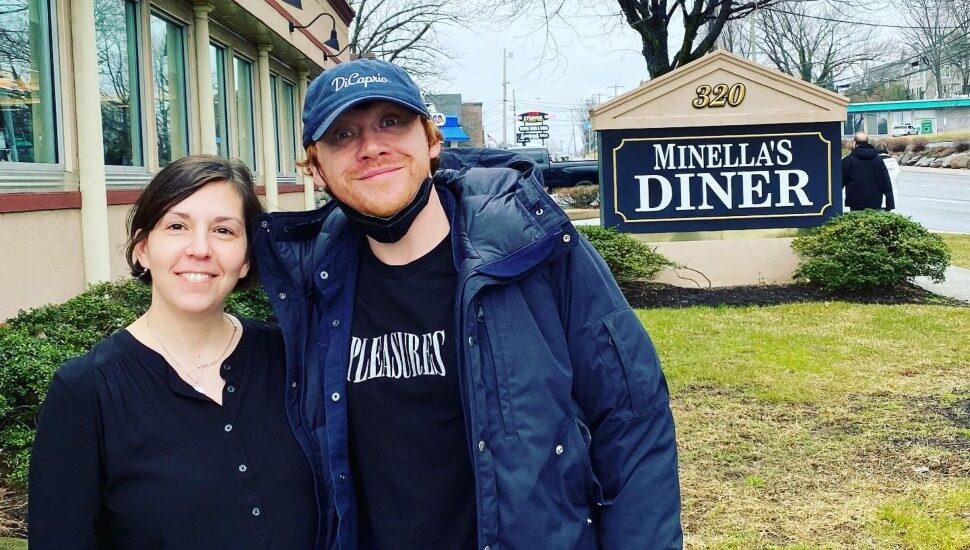 Actor Rupert Grint created a small stir when he showed up Sunday morning for breakfast at the Minella’s Diner in Wayne, writes Pat Ralphi for Philly Voice.

Grint is known for his role as Ron Weasley in the Harry Potter film series and more recently for his role in M. Night Shyamalen’s Apple TV thriller series, Servant.

Grint is in the Philadelphia region filming the final season of Servant. The show’s four seasons have mostly been filmed in Delaware County, Philadelphia, and the Jersey Shore.

The third season of Servant debuted on Apple TV+ in January. New episodes will premiere on Fridays but no startup date has been announced.

Servant is the story of a Philadelphia couple, Dorothy and Sean Turner, who are coping with the death of their 13-week old infant son Jericho.