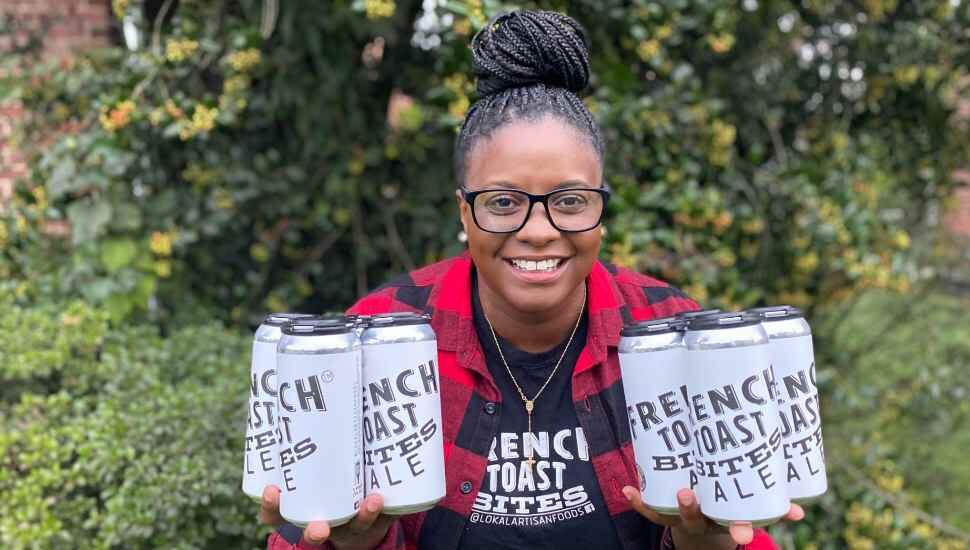 Charisse McGill — whose French Toast snack, when infused into beer from Doylestown Brewing Company, became a huge hit — continues to see her career bubble to new heights. Thanks to her business agility and vision, she is now recognized as the first black female signature beer owner in Pa. Emily Kovach fermented the story for PA Eats.

McGill’s culinary bedrock, French Toast Bites, had fans clamoring to purchase the cinnamon-butter-maple treats on a stick from her food-truck. But the pandemic ground sales to a halt, requiring a redirection.

Around the same time, the president of Doylestown Brewing Company saw McGill interviewed on TV. He approached her with a wild idea: blend the snack’s flavor profile into his beer.

Sales of the breakfasty brew, French Toast Bites Ale, have been brisk ever since.

And although McGill has moved onto another brewer, the potable product’s reputation rests solidly on its Bucks County roots.

More on Charisse McGill is at PA Eats.